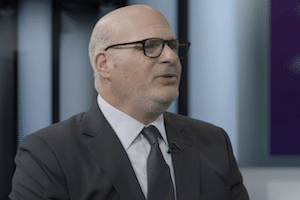 Today I’m taking a look into a presentation called “Miracle On Main Street.”

I stumbled across this on the Banyan Hill website recently, and it’s basically a video interview between Governor Mike Huckabee and investing guru Charles Mizrahi.

Governor Huckabee introduces the presentation by stating that Charles Mizrahi has helped 100,000 Americans go from “confusion, fear and frustration with their investments, all the way to clarity, peace and success” thanks to a “service” he runs.

And according to Charles, he now wants to help one million Americans.

What’s it all about? And is it the real deal?

In short, Miracle on Main Street is a presentation used to promote a service called Alpha Investor Report, which is headed up by Charles Mizrahi of Banyan Hill. This is a legitimate service and it only costs $79 to join, but there are no guarantees it’ll make you rich either.

Read on to learn more.

The Miracle On Main Street Presentation

Miracle On Main Street is basically just a video presentation, and the “miracle” Charles Mizrahi and Mike Huckabee are referring to is the Alpha Investor Report service.

In the presentation, Mike Huckabee, former governor for the state of Arkansas, along with investing guru Charles Mizrahi, talk about how the Alpha Investor Report service is helping everyday Americans create wealth through the stock market.

Governor Huckabee states that Charles has helped over “100,000 Proud Americans” gain clarity and become successful investors. And they provide numerous examples of people who claim to be having tremendous success with the service.

Charles Mizrahi then states that, since he has already helped so many Americans, his new mission is to help 1000,000 people with his service.

From there, Charles discusses how there’s an enormous amount of opportunity in the stock market, as long as you know how to choose the right companies to invest in.

He goes on to say that there’s a lot of gambling happening in the markets today, and that many people are risking their hard earned money by treating the stock market like a casino.

Charles says “the secret to making money in the stock market, a lot of money, is to see every investment you make as a partnership.”

And he provides the example of how a small $1,000 investment in a company like Walmart 40 years ago, or Amazon just 20 years ago, could have turned into millions of dollars.

Of course, it’s easy to show an example like that in hindsight, but actually choosing the right companies to invest in, decades in advance, is no easy task.

Even for an expert.

According to Charles Mizrahi, however, he can help you choose the right stocks given his experience as an investor, and the track record of his service. He says he knows how to pick the right companies and shares his formula with those who join Alpha Investor Report.

What Is Alpha Investor Report?

Alpha Investor Report is a stock advisory service that costs $79 to join, and gives you access to Charles Mizrahi’s stock picks, market insights and other resources aimed at helping you become a successful investor.

The types of companies Charles recommends are American companies that he believes could be the next Amazon or Netflix, and those that are resilient enough to withstand both inflation and deflation, bull markets and bear markets.

In Charles’s own words:

I recommend innovative American companies at the forefront of growing industries with rock-star leadership and great financials.

It’s not a get rich quick type thing though. Charles recommends quality companies you can buy and hold for years, so this is more geared towards longer term investors.

The gains might not come next month, or even a year from now. But in time, the company could become a big winner for both our country and folks like you and me who believe it’s our patriotic duty to invest in America’s future.

There’s also a fairly strong emphasis on investing in American companies, almost as a form of patriotism, which might explain why he chose to promote Alpha Investor Report with the help of former governor Mike Huckabee.

And perhaps why he’s run similar promotions in the past with other former members of U.S. government.

Like the “American Prosperity Summit” for example, which was a pitch for Alpha Investor Report that Charles ran with the former governor of Alaska, Sarah Palin, in 2020.

In any case, regardless of how he promotes it, Alpha Investor Report is a stock picking service that’s aimed at helping subscribers “partner” with American companies with huge upside potential, using a classic “buy and hold” strategy.

How does he choose the companies he recommends?

Charles says he looks at three main things to decide if a company is worth investing in or not, and provides examples of companies he’s recommended that fit this criteria.

The first thing he looks at is how innovative the company is, and what industry it’s operating in. Charles specifically looks for innovative companies in multi-billion dollar industries because if these companies are successful, the upside potential could be huge.

The second thing he looks at is who’s running the company. Specifically, the leadership. Because at the end of the day, a company is only as good as the people running it.

Third, he looks for companies with strong financials. Things like revenue, cash flow and the company’s balance sheet can be just as important as the previous two aspects, because it shows the company is responsible and can continue growing sustainably for many years.

During the Miracle On Main Street presentation, Charles reveals three companies he is actively recommending to members of Alpha Investor Report, that meet the above criteria.

Here are the three stocks he recommends:

Of course, that’s only a few of the companies Charles is recommending, there are many more that subscribers of Alpha Investor Report get access to, but that’s enough to give you a general idea about the types of companies he recommends.

And you don’t just get a bunch of stock picks, you also get access to a full breakdown of why he recommends each company, the price he recommends buying at, regular updates on the recommendations and some bonus reports.

So let’s take a closer look at what you get if you do decide to join.

What Do You Get If You Join?

As a member, the main thing you get access to is the model portfolio which lists all the stocks Charles Mizrahi is currently recommending, and the monthly newsletters. As mentioned, however, there are some other resources you get access to.

Here’s a breakdown of what you get if you join:

How much does it cost to join?

The cost of joining Alpha Investor Report, as of writing this, is $79 per year if you join through the Miracle On Main Street presentation on the Banyan Hill website.

Another thing worth mentioning is that this service comes with a decent refund policy. According to the website, you can try the service for an entire year and if you’re not happy, Banyan Hill Publishing (company behind this) will give you your money back.

Charles Mizrahi is an investing expert with over 35 years of experience.

He started out at the age of 20 as a money manager, and eventually started working for banks like Citigroup, Goldman Sachs and Credit Suisse.

At one point, he says he even ran his own money management firm that had over $200 million in client funds. And by the age of 35, he became the number one trader in the United States.

According to his Banyan Hill profile page:

Charles was ranked the No. 1-performing market timer — not just on Wall Street but in the entire United States — based on the actual performance of client accounts. Barron’s also ranked Charles as the No. 1 commodity trading adviser.

Another noteworthy thing about Charles’ career, at least according to Banyan Hill, is that he’s been able to successfully navigate some of the biggest market crashes in history.

Based on this, it would seem as though he may be able to help subscribers not only make large potential gains, but also continue to thrive even during times of market uncertainty. Which is one of the main selling points of his Alpha Investor Report service.

According to the presentation, Charles has helped over 100,000 Americans gain “clarity, peace and success” in the market and that by joining it yourself, you could benefit as he sets out to help one million Americans develop a successful stock portfolio.

On one hand, Charles is a real investing guru with a proven track record. And Alpha Investor Report is a legitimate service, so it could be worth joining. Especially if you’re interested in buying and holding American companies that Charles says could have large upside potential.

On the other hand, this isn’t a get rich quick thing, and there are no guarantees. So I personally wouldn’t expect to join and make lots of money within a short period of time, or without understanding that you could just as easily lose your money by following Charles’ stock tips.

That doesn’t make it a scam, but I do think it’s important to be realistic, otherwise you could join, invest a bunch of money, and end up disappointed if it doesn’t work out.