Disclaimer: This article is based on my opinion and information available online in the public domain and is not individual financial or other advice. 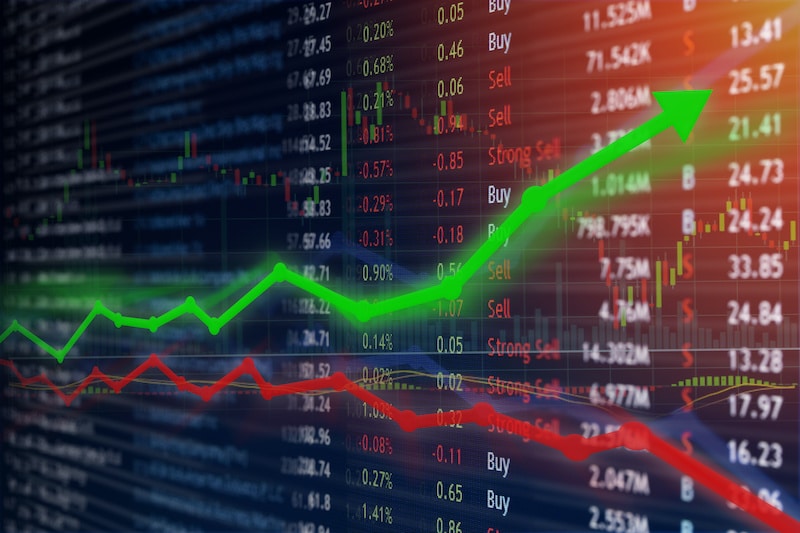 I recently received an email from Lance Ippolito about his “Weekly Blitz Alert” trading system.

He says the system helps you identify “shadow blitz” trades that could lead to 843% potential gains overnight and turn each $1,000 into $26,950.

Sounds good, but what it’s about and is it really legit?

Weekly Blitz Alert is a trading advisory service developed by a professional trader, Lance Ippolito, that shows you how to place 24 hour options trades. And according to Lance, he and his beta testers have made a lot of money with the system. I don’t believe it’s a scam, but I wouldn’t expect to use it to get rich quick either.

It’s also important to understand that, as with any type of trading, there are risks involved. So just as you could use what you learn to make money, you could also end up losing money. Because when it come to trading there are no guarantees.

In this review, we’ll delve into what the system is about in more detail, how it works and whether or not I think it’s worth joining.

Weekly Blitz Alert is a trading advisory service run by Lance Ippolito, who works with a company called WealthPress.

As a member, the idea is basically to follow the options trades Lance is placing within his own accounts each week, and use what you learn within your own trading account, in the hopes it’ll pay off. Which, according to Lance, could pay off big time.

He says that his strategy reveals opportunities in the options market to make 5X your money in as little as 24 hours, and that if you put $1,000 into each “shadow blitz” he discovers, that could equate to an easy $26,950.

What are these “shadow blitzes” anyway?

Shadow Blitz is basically a term Lance came up with to describe what he says are an “unusual group of trades” that signal when a stock is about to explode in just a matter of hours. And apparently, when this happens, it triggers his proprietary “Blitz Alert” system which allows him to make huge gains within a very short period of time.

And the benefit of joining the service, according to Lance, is that you get access to two of these “shadow blitz” trades each week for 12 full months.

It certainly sounds cool. And I guess it’s possible you could use what you learn to make lots of money. But as I said earlier, nothing guaranteed. And trading options is risky no matter what strategy you’re using.

So, at the very least, I think it would pay to educate yourself thoroughly before diving in. That way, you’re not just placing trades based on someone else’s opinion and hoping it pays off.

Related: 6 “Hidden Truths” About Stock Advisories Every Investor Must Know

In order to join Weekly Blitz Alert, you simply need to visit the order page on the WealthPress website and follow the prompts to get started.

After paying the $1,997 fee to join, the site says you get access to Lance’s trading system and weekly trade recommendations. In addition to the following bonuses:

All of this is designed to help you make money based on short-term options trading. Which is basically a type of trading where you’re buying the right to buy the underlying asset at a given price, instead of the asset itself.

Or, as Investopedia puts it:

Options aren’t all that difficult to understand once you take the time to learn how they work. But at the same time, it’s a lot more confusing than regular stock market investing, especially for beginners. So in that respect I think it’s more risky since the less you know about something, the easier it is to make a mistake which could cost you a lot of money.

So if you do want to learn more, here’s a video I found that explains options trading in more detail which you may find helpful:

In any case, even if Weekly Blitz Alert is as amazing as it sounds, I personally think it always pays to educate yourself as much as possible when it comes to trading. That way you’re not just blindly following someone’s recommendations. Because at at the end of the day, if you lose your money there’s no getting back and there are no refunds either.

There are some “guarantee layers” according to the order page. But if you read it carefully, these don’t actually guarantee that you’ll make any money, they really just state that Lance will deliver you the “chance” to make money.

Here’s my interpretation of it anyways:

Lance Ippolito is the man behind the Weekly Blitz Alert system and he works with a company called WealthPress, which is run by a guy named Roger Scott, who says he has 25 years of experience in trading futures, stock options and ETFs.

According to Lance’s WealthPress profile page, he’s a professional trader that is known as the “market detective” by those who follow his work.

And from what I can gather, this is because he specializes in following large market orders within the options market, that he believes could indicate trading by company insiders. And then he uses this information to make big money trading options.

Apparently he started out working for Citigroup’s Global Markets and other investment funds and given his success, went on to help educate people about how to be successful within the world of trading. And according to WealthPress, some of his work has been featured in newsletters like the Professional Traders Opinion and other publications, like Inside Futures and Futures magazine.

WealthPress is a financial publishing company, similar to similar to Banyan Hill, that works with a number of trading gurus, including Lance, to provide investment and trading advisory services. Put simply, this is the company behind the scenes helping to make everything possible. So if you do buy, this is who you’re actually buying from.

Whether or not you decide to join Weekly Blitz Alert is something only you can decide.

I think on the one hand, it sounds like an exciting way to make a lot of money trading options, in a very short period of time. And Lance seems to know what he’s talking about, so I guess it could be worth the $1,997 price tag if you make the kind of money he talks about.

On the other hand, trading options can be very risky, so it’s possible you could lose money too. Especially since there’s not a single trader on the planet that hasn’t lost money at some point. So, in reality, what you’re really hoping is that you win more than you lose.

Which may happen if Lance’s system is as good as he claims. But there are no guarantees you’ll make money either. Well, other than getting access to another WealthPress service for a year. So I think it’s important to understand that there are risks involved, as with any type of trading.