Today I came across a video from Jeff Yastine about “government restricted Kennedy Accounts”.

Apparently, he’s revealing a secret that has been “kept hidden from everyday Americans for 54 years”. One that allows people to turn a small investment into large profits.

But chances are you’re skeptical. Which I think is a good thing considering the sheer number of scams online.

The video on the Banyan Hill website (pro.banyanhill.com/p/KENNEDY/W190U115) is presented by Jeff Yastine.

According to Bloomberg, Jeff has two decades of experience as a financial journalist and stock market investor. He was also an anchor at PBS Nightly Business Report for over 15 years.

So he knows his stuff and he’s a trusted public figure.

But does that really mean you can make money with these ‘Kennedy Accounts’?

Jeff seems to think so. 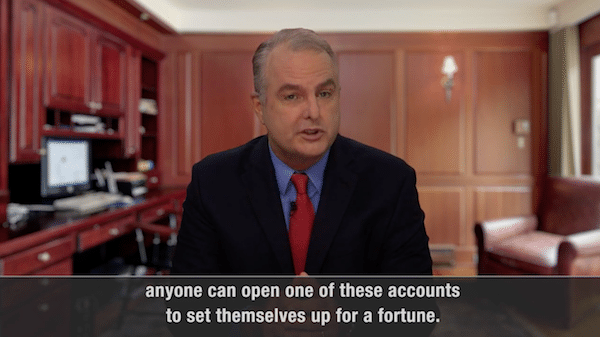 Apparently, John F Kennedy is responsible for making this possible. And that this is a strategy people like Bill Gates, Warren Buffet and Bill Clinton use to make tons of profit.

He also claims that this was once a heavily guarded secret. One that is now ‘leaking’ to the public. So ‘everyday Americans’ can now use this to turn a small stake into potentially millions of dollars.

Throughout the video, Jeff cites numerous examples of regular people who’ve made $100,000’s or even millions of dollars with this… 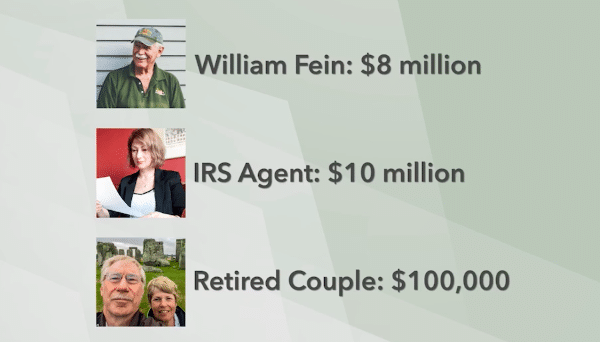 The video goes on to explain why this is essentially the best thing since sliced bread. And how the US government has done their best to conceal this method of investing from the public.

Especially coming from the likes of Jeff Yastine.

After doing some digging, I do think it’s legit, but I’m not convinced it’s really as amazing as they make out.

What Is Kennedy Accounts (Really)?

Kennedy Accounts is a term coined by Jeff Yastine for a “secret” investment strategy average Americans can use to start cashing in.

Jeff actually explains this on a video found on kennedyaccounts.com. Here’s the clip if you want to see it (I’ve skipped the first 57 seconds of ‘blah’ for your convenience)…

The benefit with a DSPP investment, is that there are no brokerage fees when you buy stock of a DSPP company. You buy direct from the company so you avoid paying brokerage commissions.

There is also the option for automatic reinvesting of any dividends you earn. Which is essentially a way to ‘snowball’ your investments automatically.

The reason he calls them Kennedy Accounts, is simply because President John F Kennedy is the person who passed this into law.

In any case, this is definitely a legitimate investment strategy.

And there are benefits.

However, it seems (for the most part) the whole “Kennedy Accounts” thing is more of a sales pitch than anything.

And the reason it exists, is to boost sales for Jeff’s investment publication called Total Wealth Insider.

This is very similar to how Matt Badiali’s Freedom Checks operates too. Matt uses a similar marketing strategy to sell his financial publication known as Real Wealth Strategist.

Should You Buy a Total Wealth Insider Subscription?

If you watch the sales video for long enough and click on the button at the bottom of the video, you will land on the order page for Total Wealth Insider.

As mentioned, this is an investment tips newsletter run by Jeff Yastine.

The cost of this publication is between $47 to $129 for a one year subscription. Depending on which option you choose.

And it renews automatically at the rate of $97 according to the fine print.

Jeff says that if you buy and do not make at least $10,000 following his methods, he’ll refund your subscription.

One thing I will point out is how the order page claims there’s only “1000 spots left”.

Take that with a giant grain of salt folks. It’s almost certainly BS.

There is no way they are limiting the amount of people that can buy this subscription. So this is really more of a gimmick than anything.

Even though it’s almost certainly not true. It works. People are far more likely to take action on something if you make it ‘limited’ in time or quantity.

Anyways, I chose not to buy into this because I’m not seeing the massive advantage as per the sales material.

I mean, sure you can save some money on brokerage fees. Cool. But it’s really not much different to investing in a regular stock. Unless I’m missing something.

In any case, there could be some great value in Total Wealth Insider subscription.

And if you do buy, feel free to leave a comment below if you want to share your experience. Positive or negative.

Recommended: Go here to see my no. 1 recommended stock advisory for 2022

Verdict- Is Kennedy Accounts a Scam?

Kennedy Accounts is not a scam. But I do think the sales pitch is a bit overhyped in some respects.

What is made out to be a “secret investment strategy” that allows everyday investors to turn a small amount of money into (potentially) millions, is really about investing in DSPP’s.

And there’s nothing hidden or secret about this.

That’s my take anyway. What you decide to do is up to you. Hopefully this review has given you some insight into what this is about in any case, so you can make a more informed decision either way.

See next: Discover my top rated stock picking service for 2022

Hi, and welcome to Affiliate UNguru. I started this site after losing money to a bunch of online scams in 2015. I wanted to help others avoid the same pitfalls and find legitimate methods for earning money and creating wealth through the internet. I’ve researched 100s of stock advisories since, and there’s still only one service I recommend.