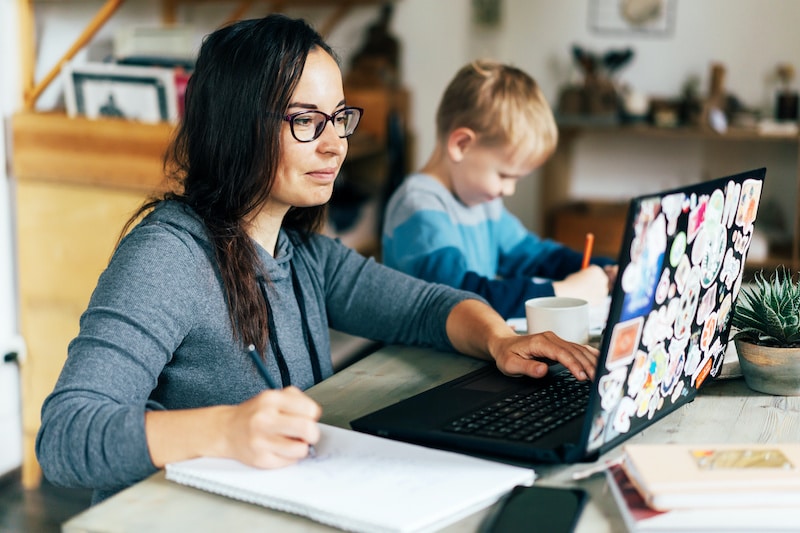 I discovered Home Profit System recently through an email I was sent about an amazing “work at home program” that can supposedly make you lots of money posting links online.

Is it legit? Home Profit System promises to help you make money just for posting internet links. But it’s not a real work at home job, it’s a scam that uses false and misleading claims to sell you a fake income system that really only benefits the people running it.

I don’t expect you to just take my word for it though. So in this review, I’ll show you exactly what I found after signing up and explain the exact reasons why I believe it’s a scam.

Home Profit System is supposedly a work from home program that helps you make money online through a scheme called link posting. Which is something I’m very familiar with.

Because over the years I’ve reviewed many of these schemes, which are basically all just variations of the same underlying system. They just brand it differently.

For example, here’s some of programs I’ve reviewed that are virtually identical to Home Profits System, just under a different name:

You can click any of the links above to read my review of each, to see exactly what I mean by how similar they are. They use different names and alias’ like Kelly Simmons, Bobbie Robinson, April Matthews and Cynthia Sprinter (to name a few). But they’re all pretty much the same.

And, if that wasn’t enough, here’s some other similar scams I found:

So as you can see, there’s a lot of different variations of Home Profits System. Which is probably how they’ve been able to run this same scam for so many years.

In any case, they all promise the same thing.

They say that you can just signup and big companies will pay you to post links for them as a link posting agent. And that, in just 60 minutes per day or less, you can make hundreds of dollars.

It sounds cool. I mean, who doesn’t want a home income program that pays you just to submit links. This would be very easy and profitable, if it actually worked.

How Do You Make Money With Home Profit System?

The way you’re supposed to make money with Home Profit System is to join the system and then start posting the links they give you to earn money.

They even give you a “link posting calculator” that supposedly shows you how much money you’ll be making per link you place. The idea being that, the more you post, the more you earn.

But that’s not how it really works.

Here are the (real) steps involved with Home Profit System:

That about sums up how the Home Profit System works.

Or should I say, doesn’t work.

The whole “system” is designed to make the people running it money, at your expense. There is no substance to it whatsoever and can end up costing you a lot of money if you’re not careful.

They’ve specifically designed the system to extract as much money from each person as possible, which is why they use phone sales people and ask you to buy more products after joining.

Can You Make Money Posting Links?

The concept of “link posting” is literally something scammers made up. It’s not real and it is not a legitimate way to make money working from home.

However, there is “some” truth to what they’re saying.

As in, companies really do pay you to promote their products on the internet. Even big companies like Amazon, Nike and Walmart. And this process involves the use of internet links known as affiliate links.

The keyword here is “involves.” You don’t get paid to just go out and blast affiliate links all over the internet. No company pays people to actually go out and place links to their products.

What they’re paying you for is the customers you send them. So if someone clicks on your affiliate link and buys something, you earn a commission. This is a legitimate business model, in and of itself.

So, what’s the problem then?

Well, there are two main issues with Home Profit System:

So, link posting is not a real way to make money online. But affiliate marketing is, which involves placing affiliate links on the internet (typically a simple website) to earn commissions.

They’re just misrepresenting how it really works to make it sound simpler and sell more people into the scam. And don’t actually show you how to do it once they’ve got your money.

Is Home Profit System a Scam?

I believe Home Profits System is a scam because it uses false and misleading claims to sell you a fake income system that really only benefits the people running it.

There is no job and no real training on how to create a real business, the whole thing is setup to profit from people who simply don’t know any better. Like most scams, it’s all hype.

They use all kinds of scam marketing and sales tactics to fool as many people as possible too. Such as fake alias’, fake testimonials, fake countdown timers and even rehashed news clips that talk about working from home.

All they’re doing is using these news segments to pretend as if their work at home job has been getting lots of media attention. Which it hasn’t. Well, not in a good way.

There’s certainly been lots of negative press, which is why they need to change the name of the scam so often.

What Are Others Saying?

It’s hard to find reviews from people who’ve been scammed by these systems because they change the name of the scam so often.

They purposely do this to make it hard for people to find real reviews.

This is why most of the time I don’t review this stuff anymore, because the time the review is posted, the scam is gone and a new one has taken its place.

In any case, I did some digging and did manage to find this:

Complaint posted by Carolyn on BBB.org

That is for (yet) another version of the scam, called “Home Income Profit System.” But the underlying program is still the same.

This is why it always pays to do your research, as you are now, because over the years these scams have racked up thousands of complaints and negative reviews. The extent of it is actually quite staggering.

Is Wealthy Affiliate a Legit Alternative?

A lot of people who read reviews about sites like Home Profit System, end up searching Google to learn about affiliate marketing. Since that’s what these programs are (loosely) based on.

And most good review sites recommend a legitimate alternative, like Wealthy Affiliate, which teaches you how to do affiliate marketing. So I decided to explain what this site is about to save you some time.

As a member, you learn how to choose a niche, build a website, get visitors to your site and promote quality products online to earn commissions.

The differences between Home Profit System and Wealthy Affiliate are extreme. In fact, they’re pretty much the exact opposite. Because Wealthy Affiliate teaches you real skills, there are no hidden upsells, and the training actually works.

I know this because this is how I learned how to do affiliate marketing. I’ve been a member of Wealthy Affiliate for over five years now. And I earn six figures per year doing affiliate marketing, so I’m basing this on my own experience.

I’m not saying that everyone who joins will make money, because they won’t. And it does take time and effort to build a real affiliate business.

But taking the time to create a real business is far better than chasing shiny objects that don’t work, like Home Profit System.

Is Home Profit System a Real Work at Home Program?
No. Home Profit System is a fake work at home job scam that doesn’t help you make money online. It really only benefits the people behind it who collect your money when you register.

Can You Really Make Money Posting Links?
Link posting is not a real home job and it’s not a real business. It’s something scammers made up to sell a fake work at home program, that (loosely) involves affiliate marketing.

What Is Affiliate Marketing?
Affiliate marketing is a business model where you earn commissions promoting other companies products online. When people buy products through your affiliate link, you get paid.

How Do You Get a Refund?
Getting a refund from sites like Home Profit System can be very difficult, especially if you’ve purchased additional products over the phone. This leaves many people having to contact their bank to file a complaint and prevent further losses.