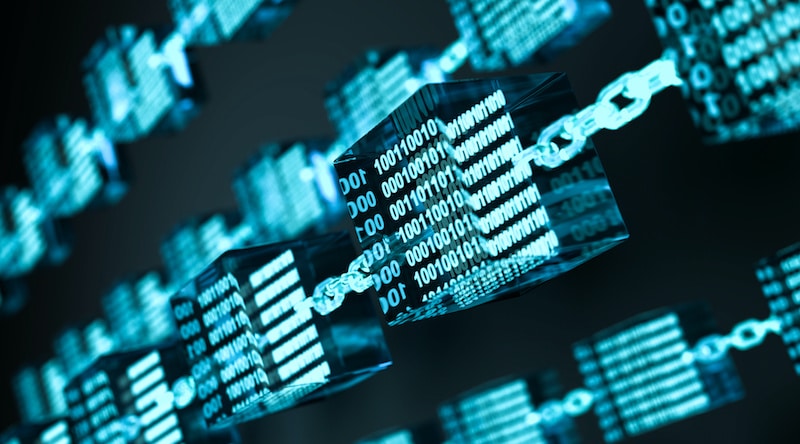 I came across the term “Carbon Web” today.

I discovered it through a sales letter created by James Altucher. Who says people who invest in this “new technology” could make 8,473% over the next few years, and join 23,943 other millionaires who have already cashed in on this $11.7 Trillion trend.

What’s it really about and is it legit?

It’s legit, but the term “Carbon Web” is just something James Altucher made up to describe blockchain technology. He says he has identified 5 companies that are revolutionising this technology, and that by investing in these, you could become a millionaire. Which you can only learn about if you buy his financial newsletter, Altucher’s Investment Network.

In this review, we’ll discuss the “Carbon Web” concept in more detail, and look at whether or not this is worthwhile or just a bunch of hype.

The page I landed on starts off by showing you a 32-digit code which James says could become more important than your social security number.

He goes on to say that, within the next few years, fortunes are going to be made off of this new Carbon Web technology. That it’ll be bigger than the invention of the internet itself. And that by getting in now, you could make 8,473% returns and join over 23,943 millionaires.

He even says that “the average salary for a “Carbon Web” specialist is $150,000 right now”. So according to James, it’s not just an investment opportunity, it’s an actual job opportunity too.

But if you’re a thinking person, the next logical question you might be asking yourself is, what on earth is the Carbon Web?

I tried “Googling” this immediately after reading the page, and I couldn’t find anything. I mean, absolutely nothing relevant to explain what this is.

So I researched some of the individual statements he made within the sales copy, like this one for example:

Which lead me to an article on Forbes, which filled in the blanks and led me to the conclusion that this is really about blockchain technology.

Carbon Web is not exactly a real thing.

It’s a term James Altucher made up to describe blockchain technology. And he did so as a means to promote his financial newsletter called Altucher’s Investment Network, which costs between $49 to $129 per year.

And if you buy this subscription, James says he’ll show you how to make money investing in blockchain tech (AKA the Carbon Web).

Specifically, he provides a hand-picked list of 5 companies that he says are “revolutionising” this technology. So that you can invest in these, and make what he says could be 8,473% gains in an $11.7 Trillion industry.

Why does he call it Carbon Web?

Because it builds more curiosity than using the regular name. Nobody has written about “Carbon Web”, which makes it appear to be “new” and “exciting”.

What is blockchain technology?

It’s an emerging technology that underpins cryptocurrencies like Bitcoin. However, it has many other potential uses beyond any one cryptocurrency, or cryptocurrency in general for that matter.

This is why banks and large companies are investing lots of money into researching blockchain technology. As it very well could be the future of how we transact and share information online.

This video explains it better than I can:

Who Is James Altucher?

And just to add another item to the list, he was also a software engineer who became an “internet millionaire” in the 1990’s.

On the Carbon Web sales page, he says he predicted that more people would watch TV online than through cable. Which happened with Netflix. And how he invested in social media before Facebook was a thing, along with other examples.

So he obviously knows his stuff.

And given his background, it’s no wonder he’s interested in the “next big thing” within the online world. Which he refers to as Carbon Web.

Altucher’s Investment Network is a 12 month subscription for $49, that provides a new research report each month.

The The $11.7 Trillion “Carbon Web” is actually a bonus report that is bundled in with this subscription. So in essence you are getting this for free.

In addition, members get access to his best-selling book entitled The Choose Yourself Guide to Wealth, and Green Day 2019 which is about investing in cannabis stocks. Along with email and text alerts to alert you to his current stock recommendations and so forth.

It’s only $49 for a full year for the digital version, or $129 for both digital and print. And he is providing a 100% money back guarantee, which makes it a no brainer for anyone who is interested in investing in the stocks James recommends.

Is Carbon Web a Scam?

He’s a legitimate entrepreneur and investor, and he’s providing people with real value through his subscription service. So it’s definiely not a scam.

Having said that, Carbon Web isn’t a real thing, it’s more of a gimmick used to describe blockchain technology. So some people may be turned off at this after they buy, thinking it was supposed to be something nobody else knew about.

Which is kind of similar to how other investment subscriptions I’ve reviewed work. Like Money Calendar Pro for example.

To be fair, blockchain tech is in its infancy, and disrupting the world left and right. But there’s a lot of existing content on this. And many other programs out there that claim to show you how to profit from it.

So the fact he’s calling it something else is a sales tactic.

In any case, I guess the decision comes down to whether or not James is the person you want to listen to. And one way to determine this might be to check out his podcast which is free, and attracts millions of listeners.

I always think if someone provides good value for free first, then the chances are high that they’re providing value in the paid services too.

The “$11.7 Trillion Carbon Web” is about investing in emerging blockchain technology. Specifically, it’s about buying shares of companies that are developing innovative ways to leverage this technology.

In other words, investing in companies that are looking to change the game. And profiting from the potential upswing in the stock price of these companies, before the masses catch on.

There could be huge potential in this technology in the years to come, so it’s not just a gimmick. There is absolutely no doubt about the potential. And if I was going to be listening to anybody’s tips on investing in this space, he’d be at the top of my list.

So overall I would say this is legit and could be worth a look, if this is something you want to invest in. Just keep in mind that most people probably won’t see 8,473% gains, especially not without substantial risk.

What is The “Carbon Web” About?
It’s a term James Altucher uses to describe blockchain technology. So it’s about buying shares of companies that are using this emerging tech.

What Is Altucher’s Investment Network?
It’s a 12 month financial newsletter subscription. It comes with the “$11.7 Trillion Carbon Web” report, along with other reports, as a bonus.

How Much Does It Cost?
It costs between $49 and $129 depending on which option you select.

How Does It Work?
The idea is to purchase a subscription to Altucher’s Investment Network, and follow James’ recommendations to profit from the rise of Carbon Web (AKA blockchain) technology.

Is James Altucher Legit?
Yes, James Altucher is a legit investor and entrepreneur. He is highly regarded by industry experts and has a proven track record of success.