I received an email about Computer League (computer-league.com-2018-news.info) today and decided to take a closer look.

The site features ‘Amy Martin’, who says you can start making money from home, just by posting links in your spare time.

Sounds cool. But as I’m about to explain, this is not a legitimate ‘system’ at all…

The Computer League sales page starts off by saying you can change your life and begin working from home within 5 minutes from right now.

Once you put your email into the box, you will then be taken to the main sales letter. Which in a nutshell, talks about how you can access a “proven work from home system” that allows you to make hundreds of dollars per day.

Apparently, all you need to do is signup and start posting links online for big companies!

The person telling the story is apparently Amy Martin, who says she was a struggling single mother who lost her job. Until she met a man in a doctors office who told her about link posting. Now she is living the dream and wants to share her “secret” with you. 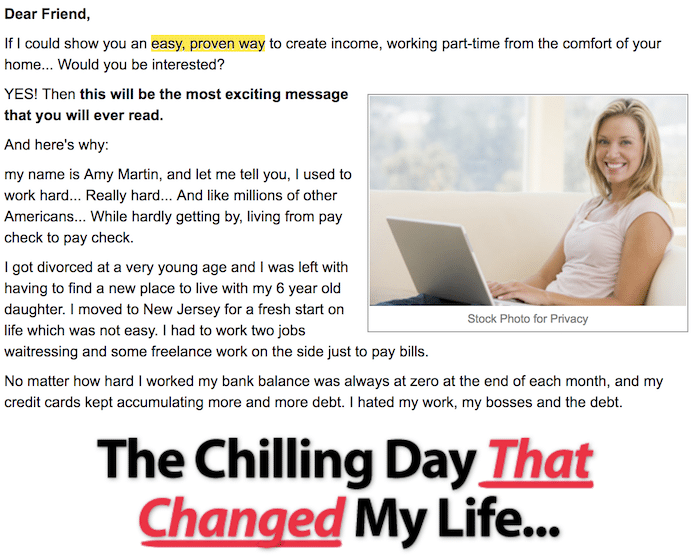 Unfortunately, her story is fake and link posting is a known scam.

But the reality is, it’s because ‘Amy Martin’ doesn’t exist.

I know this because I’ve reviewed dozens of these SAME link posting scam sites over the years. Same story, same program. They just use a different website name and swap them out with different fictional characters.

Here’s proof to show you what I mean…

The last link posting scam I exposed is My Home Success Plan, where April Matthews is telling this same story. And the one before that was Karen Johnson’s Computer Experts Online. 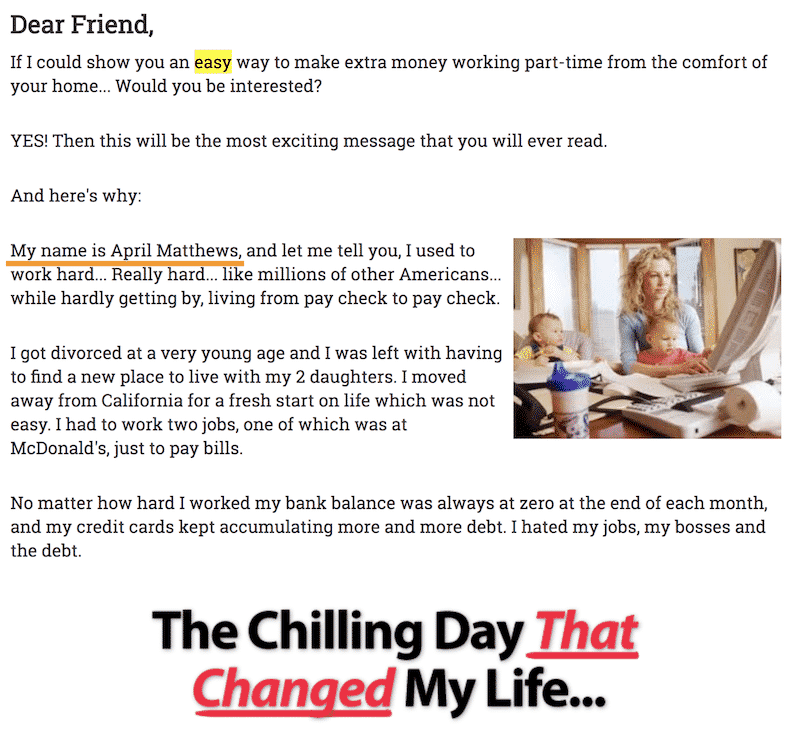 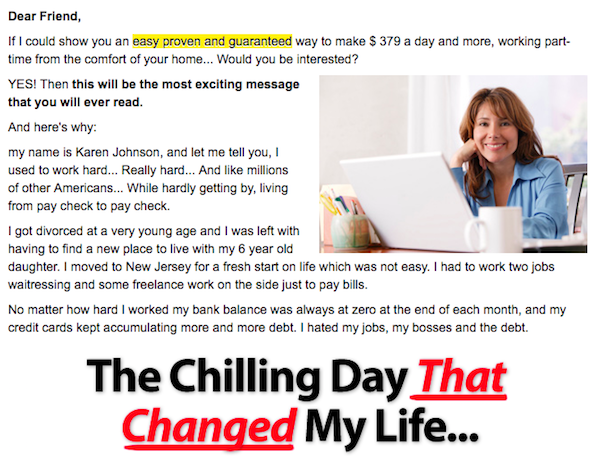 As you can see, same story, different characters.

I could go on with many other examples here, but you get my point. These sites all sell you the exact same program, and they are run by the same people.

This same story has (literally) been told hundreds of times over the years across hundreds (maybe even thousands) of duplicate sites.

Which means it has zero credibility.

What Is Computer League About?

Computer League is a link posting scam. The scam preys upon unsuspecting people, selling them on the idea that they can work from home just by posting a few links each day.

Which is absolute nonsense. Because link posting is not a real job or business.

This is literally something these people made up to sell you their $97 program. A program which does not show you how to make money posting links at all.

To top it off, if you do join, you will be contacted by a phone sales person. Who’s sole job is convincing you to upgrade to much higher ticket ‘coaching’ programs. It starts with $97 (or in some cases $47) but it often ends into the $10,000’s.

This unfortunately works on some people. Because people who join these systems are often desperate to make money quickly, and they know this. They also know you will have no idea what you are doing once you join, because the system doesn’t help you make money.

This is when they ‘swoop in’ selling you something else that is ‘just what you need’.

How Does The Computer League System Work?

I know this because I understand the process of earning money online, and I earn a full time income with affiliate marketing. Which is (in reality) the business model they are pitching to you in the sales material.

Affiliate marketing (in and of itself) is absolutely legitimate.

But these sites do their best to make the whole thing sound ‘push button’ easy. When it’s really not. They are really only telling you PART of the story.

Here’s how the REAL process of ‘earning money with affiliate links’ works:

To get your affiliate link, you can join a company like Amazon for example, which is free. And they give you your links which you can then post on your site.

This is absolutely a real way to make money in and of itself.

But as I said, the Computer League site is deliberately making it sound simpler than it is. Like as if you’ll just signup, get your links, and start posting them to make money.

Do not buy into that hype.

You first of all you need to learn the correct process, and second of all it takes time to build up your traffic. You can’t just post your affiliate links ‘wherever’ and hope to make money.

And let me be clear, companies do NOT pay you ‘per link’ you post- they pay you when someone buys something THROUGH your affiliate link.

Watch Out for These Sneaky Sales Tactics!

The other thing I want to point out here is that these people will use ANY trick they can to convince you to buy.

Which is something you will want to be aware of as you navigate your way through the online world going forward. Knowing this stuff can help you avoid many scams.

The first trick they use is pretending to have some kind of news endorsement. Like as if their ‘work from home job’ gets lots of media attention because it’s so amazing… 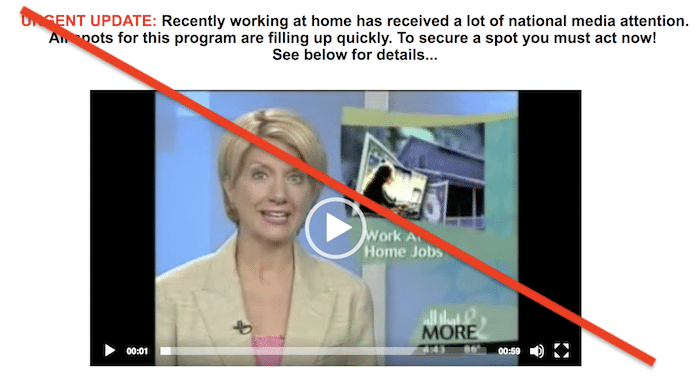 For starters, this news report is years old. It’s just that these sites continue to use them, because it makes the program appear more legitimate.

In any case, the news endorsements are 100% fake.

The other thing I want to bring to your attention, is that spots are NOT limited…

This is yet another trick to increase their sales. In the world of marketing this is known as fake scarcity. And unfortunately it works, because people feel they need to ‘hurry’ to make their decision ‘before it’s too late’.

Which means less people will learn the truth by doing their homework, and more people will buy.

The only ‘limited’ thing about this program, is that soon it will shut down and a new one will take it’s place. Just the way they’ve been doing it for many years now.

There are many other tricks they use to convince people to buy but these are the main ones. Understanding this can help you avoid other scams online because this sort of thing is VERY common.

Verdict- Is Computer League a Scam?

Yes, Computer League is a scam in my opinion. Because the site tricks people into thinking they are buying a ‘work from home job’. When in reality, link posting is not a real job opportunity or business for that matter.

It is possible to make money online, but sites like this are not trying to help you. Rather, they are trying to sell you their program in any way possible, so that THEY can make as much money off of you as possible.

What you decide to do is up to you, but I obviously won’t be recommending this program.

2 thoughts on “Is Computer League a Scam or Legit Work From Home System?”