Welcome to my review of Fast Cash Club.

This is a new site that claims you can make an easy $2,000 per day or more, with a simple push button system. I’ve heard this sort of thing many times before though, so as exciting as this may sound, it could very well be a scam too.

Read on for the full review.

I came across the Fast Cash Club site today (fastcashclub.co) which is presented by “John Harris”. He claims to be the CEO and founder of this system and that he’s looking for beta testers to use the system to start making big money from day one…

John makes a special point of saying he’s not like all the other gurus out there, that he wants to actually help you.

I find this hard to believe given the extreme level of hype here. Saying you can easily plug into a system that will generate you $2k per day or more is very misleading. Because NO system is capable of this.

Anyways, the deeper I looked into this the more skeptical I became. For starters, it turns out John Harris isn’t even a real person…

As you can see, he’s just a stock photo!

This doesn’t mean his story is necessarily fake but it is a good indication. Especially when you consider this is the same sort of crap many other scam sites pull such as Insiders Cash Club and AD Formula.

What’s Fast Cash Club All About?

Fast Cash Club is a ClickBank product that promises to help you make over $2k per day.

Specifically, the site claims you are getting access to “the world’s first ever drag and drop ecom profit system”. Which is complete and utter nonsense.

There is no such thing as a ‘drag and drop’ method of making thousands of dollars per day. Regardless of the business model. This is something scam sites say to convince you to part with your money and make the people running the scam profit at your expense.

ClickBank is a marketplace where many ‘make money online’ programs are sold. So you are actually paying CB when you buy this, which is good in the sense that you can get your money back.

At one point ClickBank was a great affiliate marketplace. But over the past 6 months there has been an influx of less than legit sites being pushed through them which is a shame.

How Does Fast Cash Club Work?

The way this site works is to first of all get you excited about making tons of easy money online. At the click of a button and with no previous experience or skills needed.

This is what most people want so it’s exciting, but at the same time sounds hard to believe.

So ‘John’ spends quite a bit of time talking about how he’s not like all the other gurus and his system is legit. Which is literally what they ALL say. I’ve reviewed hundreds of programs on this site over the years, so I’ve heard it all before.

Anyways the whole thing is a pitch to get you to fork out $37 for a magical system that doesn’t exist. What you really get is some generic training on making money online which will probably not even help you make your first dollar, let along $1,000’s per day.

Not to mention, the moment you buy you are hit with upsell after upsell. This is how the people running these sites make their money off of you, by pitching you more and more products immediately after you buy. And over the coming days, weeks and months.

Are Real People Really Crushing It With This System?

One common scam tactic I see ALL the time, is sites like this using fake testimonials. This makes it appear real because if ‘regular people’ are making money with the system, surely you can too. 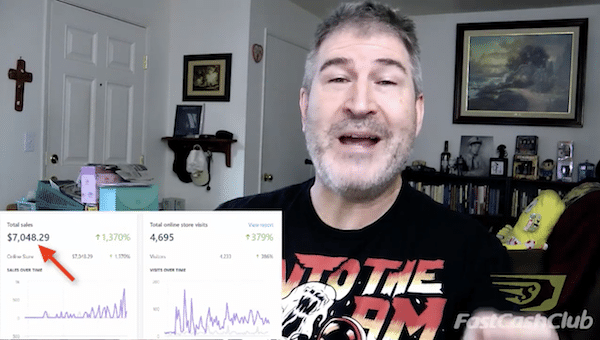 Trouble is, he’s really just an actor who sells fake testimonials on a site called Fiverr… 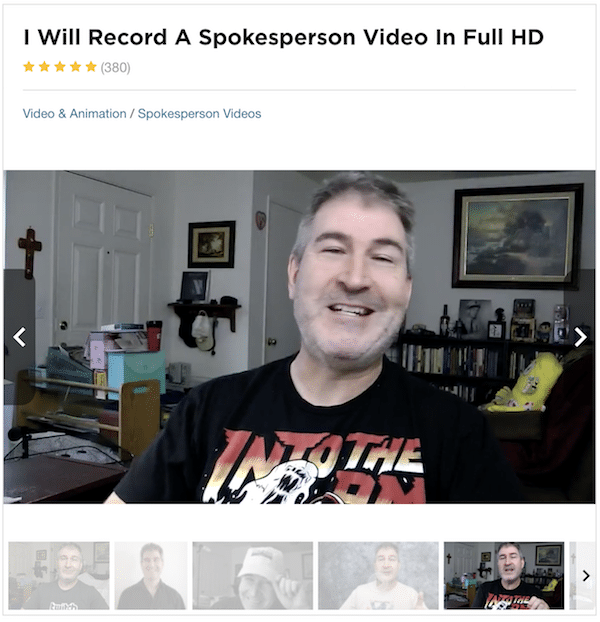 The video continually states that “117 people are using the system to make real money”. But I have trouble believing this when they need to resort to hiring actors to pretend as if they’re making money.

Is Fast Cash Club a Scam?

On one hand Fast Cash Club is not a scam because you do get something in return for your money. ClickBank would not allow this to be sold through them if you literally didn’t even get at least some training.

On the other hand, ‘secret drag and drop money making systems’ do NOT exist. Much less systems that make complete newbies $2k or more per day. So in this respect it is a scam in my opinion.

This is extremely misleading hype and the people running this site do this to profit off of you. Instead of helping you learn how to build a real business, they use hyped up claims to profit from you, and then hit you with upsells to make even more after you buy.

Oh and one other thing I want to mention here is that the system has absolutely not been featured on sites like Business Insider, CNBC and Forbes. They have literally copied and pasted these logos onto the site to convince you it’s credible. This is a red flag in and of itself, because it shows you that they are very willing to do anything to make a quick buck.

John Harris claims that Fast Cash Club will help you make $1,000’s per day at the push of a few buttons. All you need to do is hand over your money and you’ll start making money from day 1 according to him.

But this is complete BS and not the reality of how real online businesses work. This is how unethical marketers and scammers take advantage of unsuspecting people, who are just looking to get a start online.

What you decide to do is up to you but there’s no way I am recommending this to you.