The job sounds simple enough, and the income claims aren’t exactly crazy. So I did some research to see how legit the whole thing was, and what I found was rather alarming.

In this article, I’m going to discuss the legitimacy of this “job offer” to help you decide if it’s really worth pursuing.

What Is a Worksheet Processor Job?

A worksheet processing job is a fake job run by an anonymous scammer.

I discovered this while looking into Federal Account Recovery, which is the ‘company’ who made this job up. Until finding this company (through a reader request) I had never heard of this “job” before.

After doing my homework I was unable to find any legitimate company offering this job either. So it appears as though this company has made this job up out of thin air. 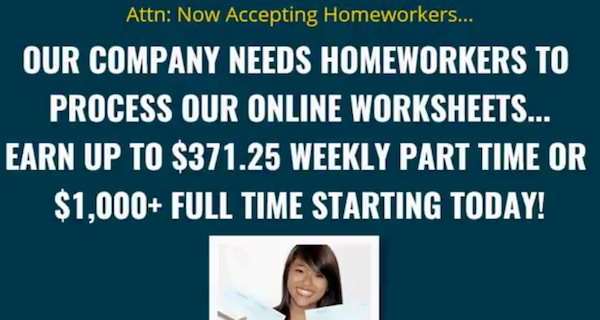 This is actually quite a low amount of money, but it’s a believable amount of money to be earning. The same goes for the cost of participating in this job- it’s very low. Which is probably why many people are being led astray. When something is cheap it’s much easier to dismiss it as “worth the risk”.

Before we get into the ‘job description’ itself, I’m going to first explain the concept itself. This way you will have a greater understanding as to what the whole thing is about…

The Concept- Reuniting People With Their Lost Funds

Federal Account Recovery (in conjunction with Legit Flex Job Academy) claims to be a ‘missing fund recovery’ organisation. They supposedly ‘re-connect’ people with their missing assets, such as money or property.

The process of re-connecting people with their lost funds is a real thing in and of itself.

There actually is a real organisation called NAUPA who works with governments and banks to help people find their missing funds. These are people who’ve had money owing to them at some point, and never collected. Or left money in bank accounts and so forth.

So that money needs to go somewhere, which is where NAUPA comes in. There are literally billions of dollars each year in lost funds, being collected and returned, within the US and Canada alone.

How does Federal Account Recovery come into the picture?

They claim to work with people to reunite them with their missing funds. In doing so, they say they collect a 30% finders fee and share 75% of this fee with you- the ‘worksheet processor’.

Except they don’t earn anything this way, and they sure as heck don’t share anything with you. Instead, they sit back collecting money from the unsuspecting people who participate.

The process of earning money as a worksheet processor is really quite simple. At least, according to the Legit Flex Job website…

So your role is essentially helping Federal Account Recovery reunite people with their missing money. Sounds like a ‘win win’ in this respect, but it’s not.

The only people winning are the people collecting your $5 payments.

Because every worksheet you process must be sent in with a $5 money order, or you get paid nothing. So you are sending that money in with the ‘hopes’ they are legit. As I am about to explain, I do not believe they are legitimate at all.

Why These Jobs Are NOT Legitimate

There are a number of reasons why I do not believe these jobs are legitimate. In this section, I will explain why to give you some insight into their true agenda…

Lack of Information About The Company Itself

The first thing you should understand is that this company is doing their best to hide who they really are. The Federal Account Recovery site (federalaccountrecovery.com) says “Brenda Paulson” as the founder of the company.

But that’s about it. There’s NO ‘about’ page on that site at all. No background on the company, no social links, no description about Brenda- nothing. Not to mention, their website domain uses an anonymous domain registration and their physical address they list on their website is a UPS store! 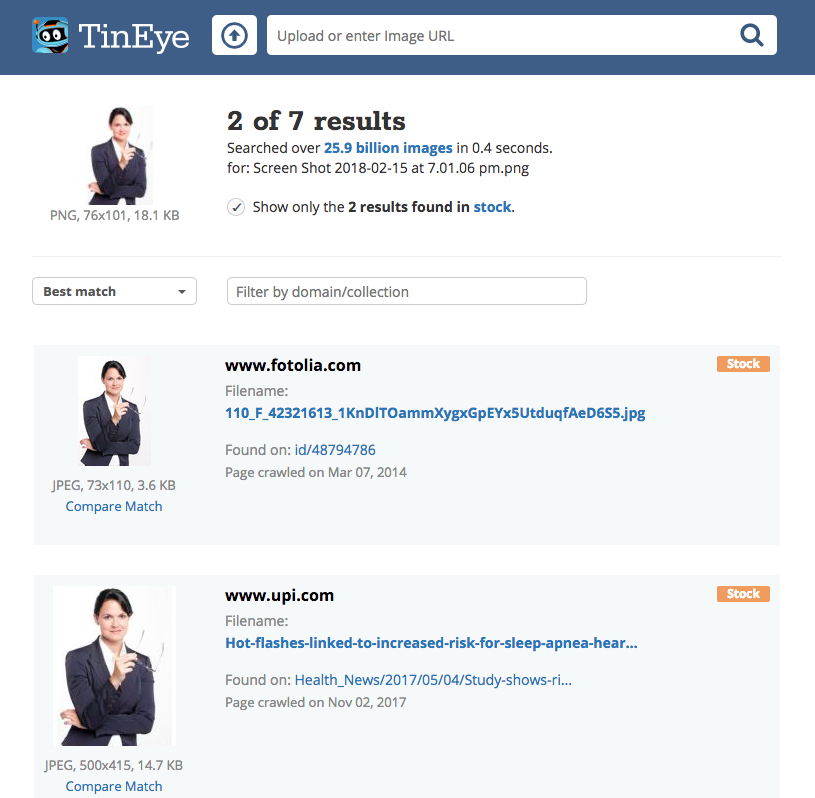 This is very unusual behaviour for a company claiming to be offering people a job opportunity.

And what makes this more alarming is how the Better Business Bureau (BBB) reached out to this company looking for more information, to which they never responded… 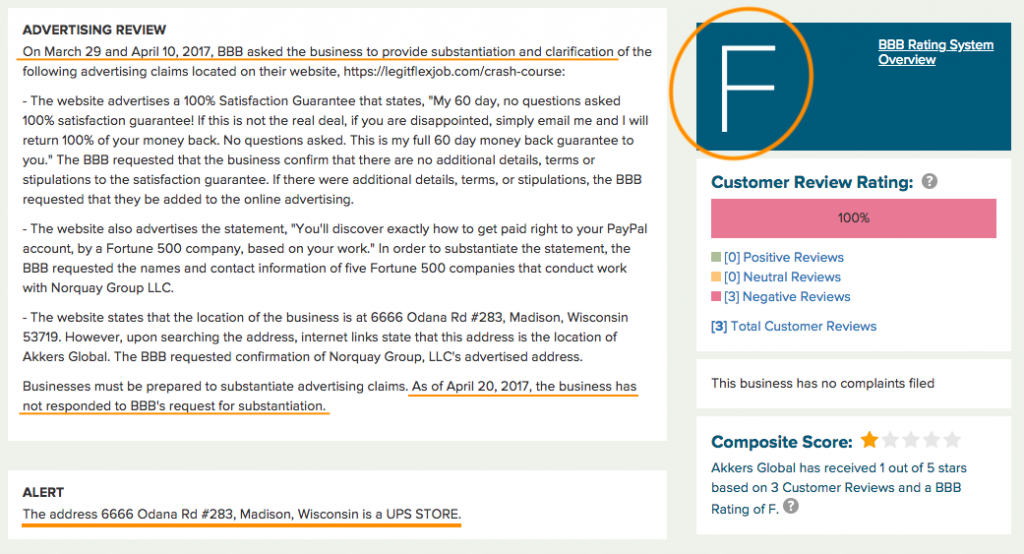 It’s no wonder the company has been given an F rating on the BBB website!

They Use Fake Testimonials To Trick You

The testimonials they use are 100% fake. None of them are real.

Take these two people for example. The first woman claims to have made $371.25 in just 10 hours. Not a huge amount but it’s not bad for 10 hours work. It’s certainly believable…

Then we have this person who claims to have made a whopping $63,557 since joining…

That’s a lot of money and an exciting prospect for many people looking into this. Unfortunately, both of these people are stock photos… 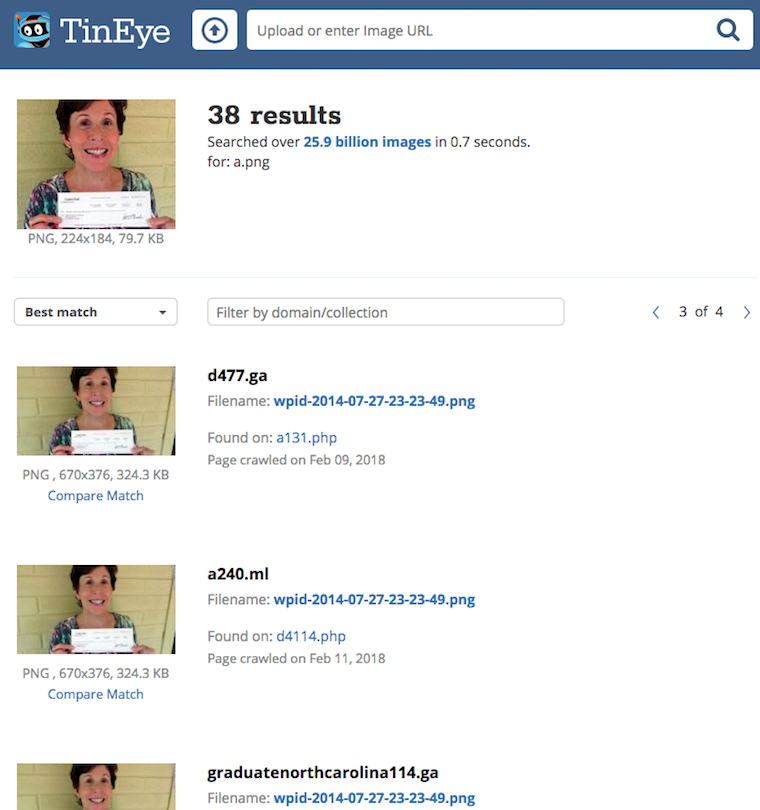 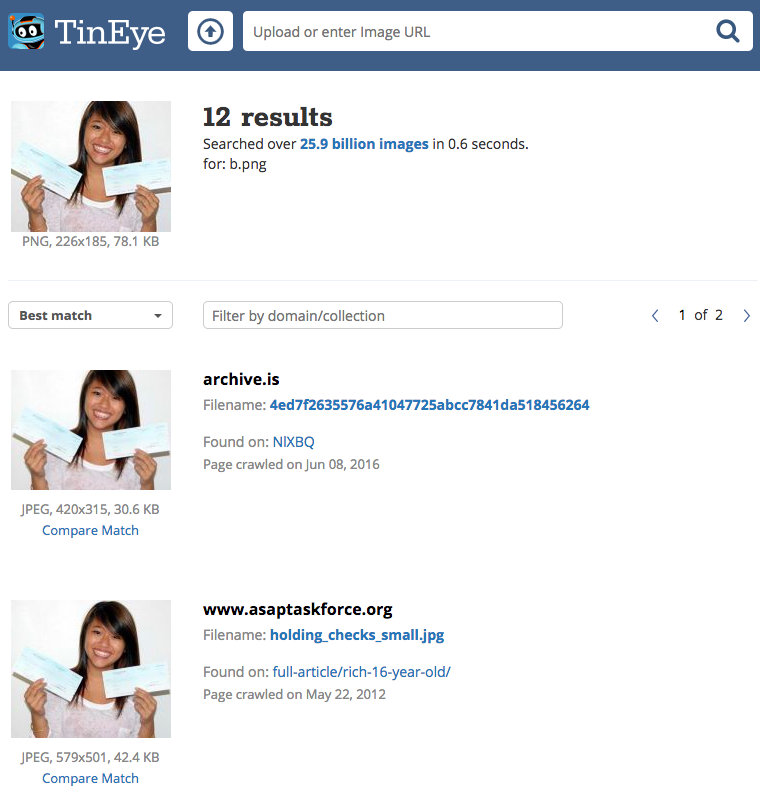 The checks they are holding obviously have nothing to do with ‘worksheet processing’ since they are stock photos! Which means their story is fake, and they never made that money with Legit Flex Job Academy at all.

If this job was really so amazing, and real people are earning, why use stock photos?

I guess you could argue it’s to protect the identity of the people giving testimony. But I’ve reviewed a lot of programs on this site and it’s always the bunk programs and scams pulling these sorts of tricks.

Also worth noting, all I’ve managed to find online are complaints from people who sent worksheets in and never got paid a dime. It seems the scam is still quite fresh at the moment, but the complaints are rolling in and will likely continue to roll in. Check out the BBB link I posted earlier to see what I mean.

You Cannot Possibly Be Getting Paid Within 3-5 Days

In my article about Federal Account Recovery, I went into detail about how it’s physically (and legally) not possible for this company to being you within 3-5 days.

Why? Well there’s a rather long explanation of this, so it’s best to do is read the above article.

But (in short) the FTC clearly states that no company can ask for money from the recipient of lost funds, until AFTER 7 days from when they’ve received their missing funds.

So when you consider the entire process and what logically goes into it, you’d be lucky to be getting paid within 3-5 weeks. Seriously. Federal Account Recovery would literally have to be paying you well in advance of receiving any money themselves, which is never going to happen.

Especially when you consider that the beneficiary may not even be contactable. All that is on the worksheet is a mailing address of the beneficiary, so they can’t exactly call them. They have to post out correspondence and (assuming they reach that person) that person would need to agree to hire FAR to recover their money. Which is a big IF considering people can do it themselves for free.

In any case, the period of time until FAR collects payment is going to be at least 2-3 weeks (both considering the logic and the law surrounding this stuff). Which makes it impossible to be paying you within 3-5 days.

You Should Never Have To Pay For a Job

The last point I want to bring out is that you should never have to pay to get a job. Period.

If a company is going to be hiring you, you’re the one who should be getting paid. They mask it as a ‘shipping and handling’ fee but I don’t buy it. Nor should you.

It’s this ‘fee’ that makes them all the money. They are not processing anything, except your money.

You could argue that there are costs involved in being an independent contractor. Which is true. But sending $5 per worksheet to an anonymous person in the hopes of making money is a different story. Considering what we know at this point, that’s very much a gamble at best.

There’s no such thing as a worksheet processing job. By participating, what you’re really doing is sending ‘someone’ a bunch of $5 payments and getting nothing in return. Which means wasted time and money.

Granted, it’s not a lot of money, but it’s a big waste of your time and if enough people are doing this then the scammers behind this will make a fortune. Which sucks because that money is coming off the back of everyday people just looking to make a few extra bucks.

It is possible to create an income online, and there are legitimate companies out there, but this is not one of them. So I recommend avoiding this “job” completely.