You can make $,1000 per day or more with these automated money sites. It takes just 10 minutes a day, so you can spend the rest of your time watching the cash roll in!

Thankfully, you are smart enough to know that sounds too good to be true- because it is. Read my review in full to see what this ‘system’ is really about…

Get Paid 1k Per Day Review

I received an email about this system today. It was the usual spammy email message leading to another overhyped ‘make money online’ sales pitch.

The first thing you see in the sales video, are testimonial after testimonial of people claiming they’re making over $1000 per day. Then somewhere into the video a guy named “James Noah” introduces himself.

He claims to have made millions online, now he runs a “secret business group” where 100 lucky people will get access to his network of “automated money sites”…

It all sounds exciting. But it’s really just hype.

For starters, James Noah is very likely an alias. He doesn’t show any pictures of himself, the domain (getpaid1kperday.com) uses an anonymous registration and there’s no way to verify what he’s saying at all. That doesn’t make him or his program a scam, but it IS a very common tactic among scam sites.

Second, he says it takes just 10 minutes per day to make insane amounts of money…

This type of thing is classic ‘get rich quick’ hype. Anyone that has seen any level of success online will truthfully tell you that it takes a LOT longer than ten freaking minutes to make $1000 per day.

I’m sorry, but this is absolute nonsense. Plain and simple.

What Is Get Paid 1k Per Day and How Does It Work?

If you watch the video to the end, Noah says that the key to is system is the “automated money sites” that are “in the cloud”…

Apparently, these money sites are “done for you niche websites” that are setup and ready to go. All you need to do is signup with CloudURL web hosting and you’re set to go. Apparently, they do all the work for you.

Again, this is a ridiculous claim when you know how internet marketing works. I actually make money with a website, so I know that ‘cookie cutter’ niche websites do not work.

For starters, they will never rank in Google, which means you will not be getting traffic.

Why? Because Google only ranks unique content that actually helps people find what they are looking for. It’s literally as simple as that.

So you can get a website already setup, yes. But you are will miss out on the most important part of actually making money with that site- traffic. Without traffic, you simply cannot and will not make money from any site or program online. Period.

With a ‘ready made’ website, your only option is to buy traffic. Which can cost you an absolute fortune, especially if you’re a beginner.

There are many testimonials in the sales video from people claiming to make over a 1k per day with these “automated money sites”.

Noah assures us that “he is just like you” and has seen all the fake testimonials and paid actors before. So his video is not like that…

Except he is like that, because the people in the video are paid actors!

It was pretty easy to tell they were actors to be honest, because I’ve seen this kind of thing a lot. I even recognised some of them from previous reviews, so I knew they were paid actors.

But you don’t know me so I don’t expect you to take my word for it either. Here’s just a couple people claiming to be making $1000’s per day to show you what I mean… 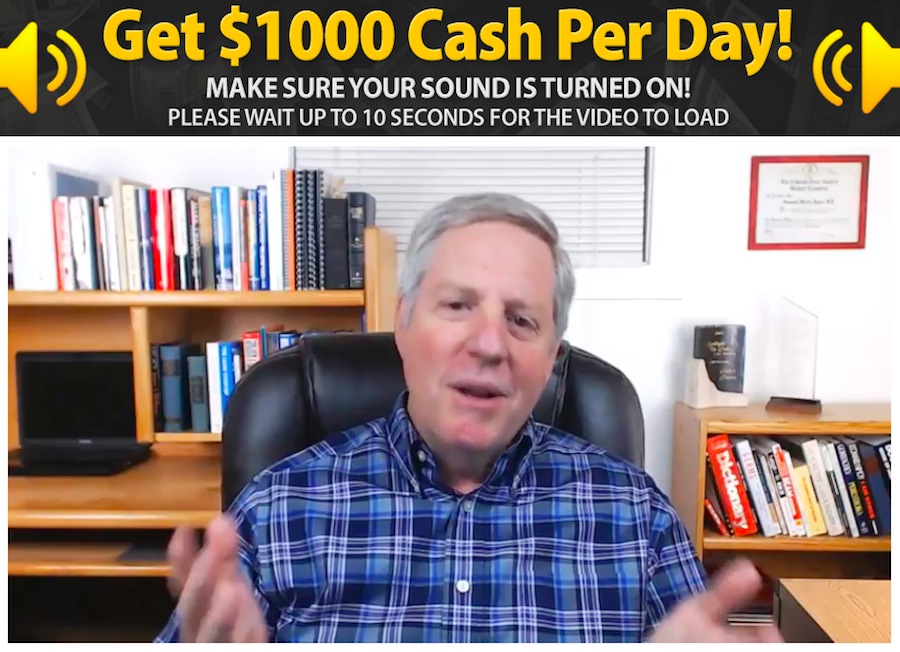 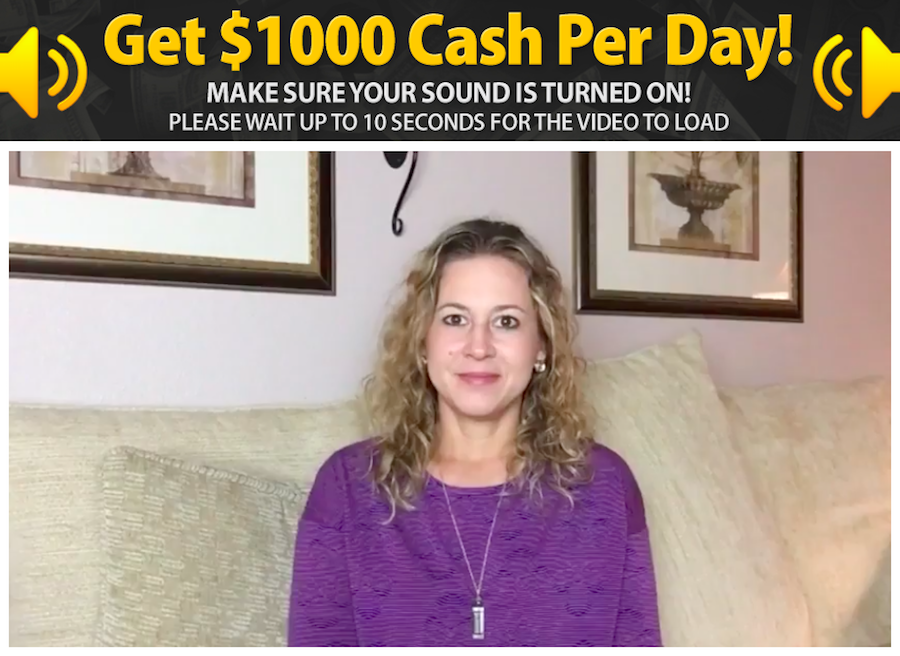 Now here they are selling their acting services for cheap… 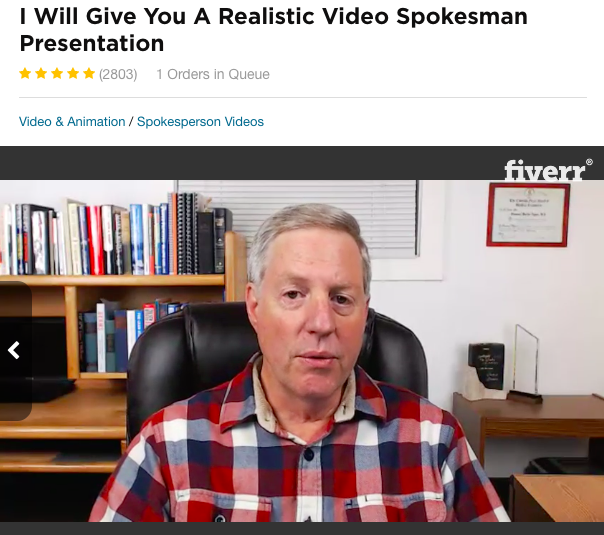 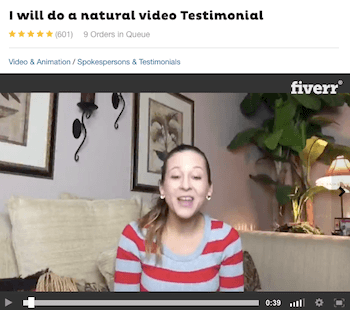 If real people are making real money as Noah claims… why do they have to pay actors?

I dug into the fine print too. The earnings disclaimer clearly states they do NOT have any history of any income made whatsoever.

Which means every testimonial you’ve seen is 100% fake.

Talk about a bunch of absolute BS coming from the sale material. But what about the actual underlying program he’s selling you? Read on…

The real truth behind this program, that ‘Noah Jame’ (or whoever this person is) gets a commission when you pay for 12 months of web hosting through CloudURL.

When you get through the video, you get to a second video, which links you directly to CloudURL…

The price I got was $104 for a year of hosting, which is actually not too bad. Assuming the hosting is of a good quality of course. 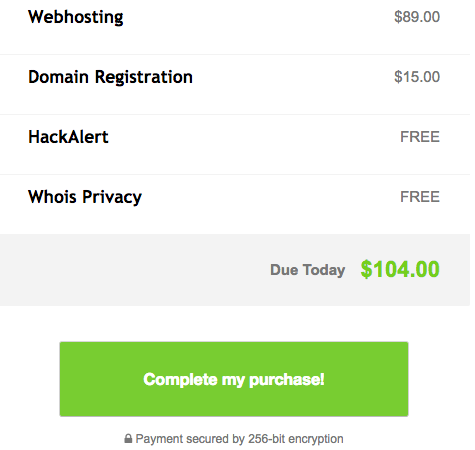 I did some digging and I can’t find any negative reviews of CloudURL at all, which is a good sign. So if you buy hosting from CloudURL, that’s not an issue.

But one thing I know for sure, even if you get some ‘website templates’ they are not going to make you $1,000 per day on autopilot. That is the real scam in all of this.

It also proves there is no such thing as ‘limited spots’ either. Pretty sure the owners of CloudURL aren’t about to close their business after they get 100 customers LOL. 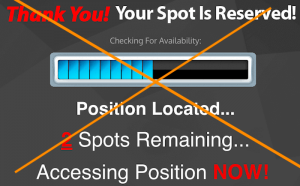 Noah’s sales page will be running for weeks or months, possibly longer but I doubt it. These types of scammy sites normally fold within a few months, but you never know.

In any case the whole ‘limited positions’ thing is a trick because he doesn’t want you doing your homework. He wants you to buy on impulse.

In some cases the people who run scam sites like this will keep the same video even after it falls flat, and just change a few details up. Like the name, URL and sometimes they’ll change what they promote.

In any case, the whole thing is a story to get you to buy web hosting. And potentially, other services after this that cost a lot more.

I always look through the fine print on sites like this, and warn people about the potential for their personal information to get into the wrong hands.

In this case, they absolutely share your personal information…

So when you put your email into the box, you are going to receive a ton of annoying SPAM email. I bring this up because once it’s out there, it is near impossible to stop. Your email continues being shared from one marketer to the next.

The entire sales funnel leading up to the purchase of CloudURL Hosting is a scam. There’s no question about this.

Not one word of it is true, it is misleading marketing 101 coming from an anonymous affiliate who’s bent on getting people to buy hosting through his affiliate link. On impulse.

CloudURL Hosting however, does appear to be a legitimate company.

That being said, I haven’t used their services so I can’t say for sure. But other than this sketchy affiliate promoting it, I have no reason to believe otherwise.

Either way, just know there is nothing about web hosting that ensures you will make money online. It is a basic and essential service in the running of any website. Nothing more.