Multi Level Marketing (MLM) has become increasingly popular over the years and it seems there’s a huge divide of those who love it and people who flag it as a scam. Whether it’s good or bad is often at the centre of some of the most heated debates.

Where do I stand? Well, I take a fairly balanced approach to this and will outline the pros and the cons of the mlm business model so you can make your own mind up. Sound good? Cool.

According to Wikipedia it’s:

…a controversial marketing strategy in which the sales force is compensated not only for sales they generate, but also for the sales of the other salespeople that they recruit. This recruited sales force is referred to as the participant’s “downline”, and can provide multiple levels of compensation.

In other words, it’s a way to leverage the efforts of your team and earn commissions on not just your own product sales, but those of your team as well. How profitable this is and how it’s structured depends on the compensation model the individual company chooses to run with.

The single biggest and most simple way to understand what separates this from any other business model is the fact that you can recruit people under you into multiple levels. You can then make a monetary reward based on the sales volume of your team.

There are many different kinds of structures that your team is built with but I’ll briefly describe the 3 most popular models based on my experience and the reviews I do here on this website. Even with the models I explain below it is important to understand that each company is unique in how they do things.

This allows you to build an organisation under you a limited number of levels deep but infinitely wide. Each level pays out a set percentage of the sales volume that level produces. 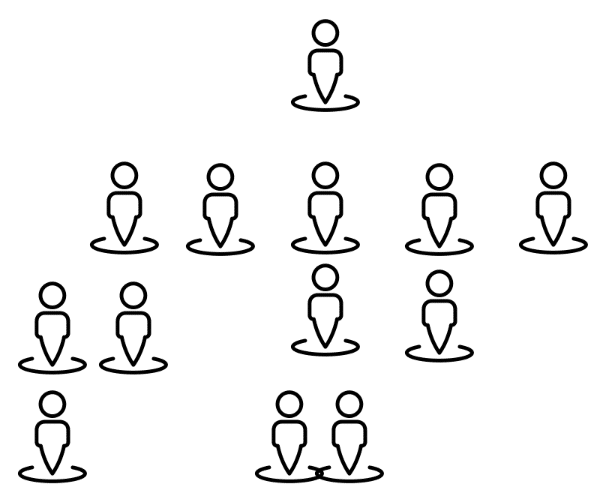 Unlike the unilevel structure, this plan only allows you to have 2 referrals on your first level and each referral can only have 2 directs aswell. This plan encourages team building more stongly since you have to place referrals under your team in order to make money. 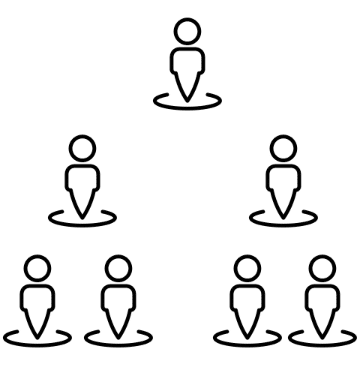 This is extremely popular among revenue share companies and sees affiliates purchase a ‘matrix position’ that they are tasked with filling. Once a matrix is full, the affiliate earns a commission. For example a 3×2 matrix would have 12 referrals in it and look like this: 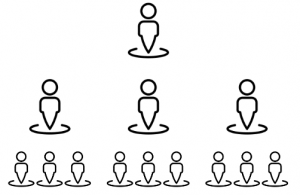 Once this was filled you would earn 1 ‘cycle’ and be paid whatever pre-determined commission was owing. There are also commissions for making sales to customers, bonuses and a bunch of other variations depending on the company. I’ve really only scratched the surface here just to give you an idea on how it works.

Is MLM a Pyramid Scheme?

No. A pyramid scheme is a business that exists solely to recruit other people into the business and then pay out commissions when those people get new people.

Of course there are many different variations of such a scheme but this is the basis. While some do come very close it is incorrect to assert that they are all just pyramid schemes or scams. Detecting a pyramid can sometimes be near impossible as many of them go to great lengths to appear legitimate. Some of the most profitable mlm’s have been shut down by the FTC over the years or lost legal battles in regards their legitimacy.

The key thing that really determines a scheme from a legitimate mlm is how genuinely valuable the products are, what percentage of customers vs affiliates are buying these and what emphasis is being placed on recruiting vs selling products. In most of these companies the only way you make a commission is when your downline is actually spending money on product or directly selling this to others. In other words, money is only made when product is bought. But if the product is nothing more than a window dressing, that doesn’t make the company legitimate.

Learn more about what a pyramid scheme is and how to detect one here. 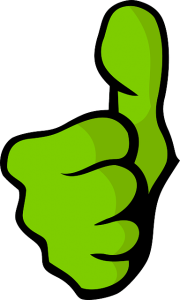 We all like the idea of passive income and doing something once that will build great income for years and years. It’s definitely an exciting concept and what draws many to this business model.

If you can get behind a great company with a great product that you really believe in and one that’s really worth promoting, then that can become a great business for you to pursue!

There’s definitely some good aspects to the model and for me the biggest one is the fact that your earnings don’t just stop at one sale. You can continue to make commissions based on the efforts of your team.

This is the three main things I’m not keen on and that you may want to consider before joining that business opportunity you’ve been told about. 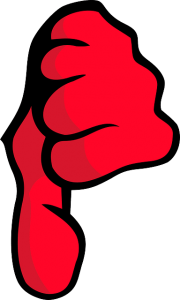 It goes without saying that any entrepreneurial venture comes with the inherent risk of failure. No business model is without this risk. Unfortunately though, there seems to be an unusually high failure rate when it comes to mlm. Most people joining an mlm will not even make back what it cost them on joining and products.

I’m not saying this to put you off but it is common knowledge that the success rate is between 1-3%.

The biggest reason for this is when the compensation plan and company emphasis is placed on recruiting. In such a case it can take a TON of referrals to make one affiliate a solid commission. The same commissions almost everyone joining are hoping to achieve. The very nature of a recruitment focussed mlm ensures the failure of the majority by default since the few at the top are making their money off the many at the bottom.

Rest assured, to make decent money in mlm (or any business) you will be working hard so as long as you are prepared for this then the failure rate is not of any great concern, as long as your company is above board. Legitimate mlm’s focus on selling quality and marketable products, not solely on recruiting. Furthermore, the good companies are taking the lead by displaying their members average earnings for all to see, this is admirable and something to look for. I guess the point

Hustling Family & Friends- No Thanks! 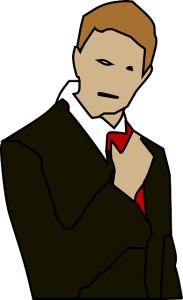 This is one of the main reasons I left my old mlm company, although to be fair I don’t call it a scam just because I decided it wasn’t for me. No matter how many times I tried to get some solid business advice on how to actually make this work (the nuts and bolts of building the business) I just kept getting told to go through my warm market list.

I was also encouraged to start fake conversations with people just to eventually lead them into the business. I’m not kidding… and this was from a very well known and respected mlm company.

I don’t know about you but I am not going to go around making “fake friends” with people just to lure them into my business. Screw that. I wanted a real way to build a business, not run around badgering family and friends. Chasing your personal network might be nice for some people but for me that was never going to cut it.

Since then I’ve learned how to attract interested people using internet marketing. I can safely say that this is a WAY better approach to building any home based business, including an mlm. Getting targeted leads into your business is the single biggest reason many people fail and many mlm’s do not show their people how to go beyond the warm market. That approach sucks and it won’t build your business, plain and simple.

Some mlm’s use a huge amount of hype and in some cases even foster a ‘cult like’ mentality among members. I definitely do not like this. Business is business. I love helping people build a business and make money, and I do help people every day, but standing around conventions clapping and dancing and ‘praising’ mlm gurus is just not my cup of tea.

In my opinion, that kind of hype is a giant load of bullshit that I’m not buying into. That said, if you can cut through that crap there are some genuinely great people you can learn from within the mlm world. My advice, look for the ones that give you actionable advice instead of endless rah rah.

The hype element also extends into the products. For example some mlm companies in the health and wellness niche get a generic product and market it so well they’ve got people believing it’s a miracle cure. More to the point, they’ve got their affiliates running around telling people how great it is and even giving out health advice in an effort to push products and recruit.

My Position On MLM

I can see the positives about mlm and I do think in some respects it can be a great way to build a business. On the other hand, there are some very real drawbacks to consider before choosing this path. I’m not one of those guys that runs around calling everything a scam so my stance is this:

As long as there is a legitimate product that non-affiliates are buying, the compensation plan is ethical and the emphasis is not solely on recruiting, then go for it.

Whatever you decide, hopefully this article has given you a little more insight and will help you make a more informed decision.

2 thoughts on “My Take On The MLM Business Model”