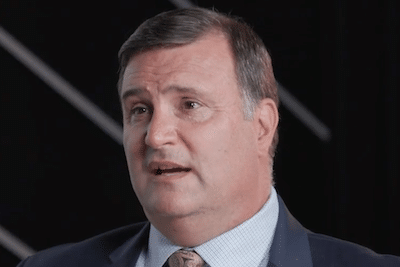 Matt Badiali claims to be an investment expert with exceptional knowledge regarding natural resources. He also has multiple publications that claim to help readers grow their own wealth, too. But is he actually a real, legitimate investing guru you can trust?

Well, the truth is, not every one of Matt Badiali’s stock picks are going to make you money, because nobody can predict the future. And I have found some of his sales presentations to be a little overhyped. But I don’t think he’s a scammer either.

According to the Banyan Hill website, he’s a geologist-turned-investor with over 20 years’ experience, and two degrees. He publishes multiple newsletters under the company Banyan Hill, but probably his most popular newsletter service is called Real Wealth Strategist. Which costs $47 per year and is aimed at helping subscribers invest successful in natural resources.

In this article, we’ll take look closer at who Badiali is, what his Real Wealth Strategist is all about, what Freedom Checks are, and look at what other newsletters he’s involved in.

Who Is Matt Badiali?

Matt Badiali is one of Banyan Hill’s leading financial gurus and is best known for his work with a newsletter called Real Wealth Strategist.

Prior to this, Matt was a geologist who taught at the University of North Carolina.

And according to his Banyan Hill profile page, his investment career began over a decade ago after receiving a phone call from an unnamed person. A man who (he claims) has made billions of dollars selling top-quality research to investors.

That guy decided he needed a geologist to help him out with a new project, so he called up Badiali and enlisted him to travel the world basically fact checking the claims of certain companies.

During that time, he garnered lots of tips from his new wealthy investor friend. And one of the main things he says he learned is that if you really want to know what’s going on, you have to see it for yourself.

Since then, he’s traveled to places like Papua New Guinea, Iraq, Turkey, and other countries rich in natural resources.

He’s also interacted with some major people in the energy, mining, and natural resource sectors, like:

He’s even presented his research to company giants like Exxon Mobil and Anadarko Petroleum.

On his website, he even shares one of his biggest success stories, where he made 4,400% gains from investments in Kaminak Gold during the 2008 recession.

He won’t tell you how rich that made him, but he does let you know that he now has his dream house that’s only a few steps from the beach.

Because of all his success and expertise in investing, he’s been brought on as one of Banyan Hill’s experts, and now contributes to multiple newsletters giving readers insights, tips, and stock recommendations.

What Is Real Wealth Strategist About?

The Real Wealth Strategist is the newsletter service that Matt Badiali is most well-known for.

It’s basically a compilation of his knowledge and research regarding investing in the natural resource, energy, and mining industries.

He claims that the natural resource sector is one of the most overlooked, even though it’s created some of the wealthiest people in the world.

Which, to his credit, is true – he lists people like Rockefeller, Hughes, and Carnegie and Schwab, who have all made their fortune (at least in part) due to natural resources.

And he claims that if you have the right person guiding you (aka him) you too can tap in to some of the wealth that’s still being created in this industry.

With the subscription, you get:

Along with all that, you also get some free bonus reports. But it depends on which page you join through and when as to which bonuses you receive.

How much does it cost?

There are three tiers of subscriptions you can choose from:

He also offers a money back guarantee, which states you can get a full refund if you aren’t 100% satisfied, so long as you call within the first year. Which I think is pretty cool.

If you want to know more, you can read a full review about it here.

Other Newsletters by Matt Badiali

Matt Badiali contributes to three newsletters from Banyan Hill, which are:

We’ve already covered the Real Wealth Strategist, but let’s take a closer look at the other two.

Front Line Profits is an investment research service (aka a newsletter subscription) where Badiali will recommend small cap stocks that are “set to skyrocket.”

Small cap stocks are basically just stocks of smaller companies, whose market value (the total number of shares multiplied by the current share price) is under $1 billion.

And the companies he’s looking at are all within his expertise – the natural resource industries.

So, he’s giving you recommendations to invest in smaller companies within the natural resource sector that he claims have the potential to “jump” more than 1,000%.

With the subscription, you get:

Apex Profit Alert is all about options trading within the natural resource sector.

This newsletter subscription service is one where Matt Badiali teamed up with fellow Banyan Hill expert John Ross.

The idea behind this newsletter is that, because natural resources tend to be cyclical, you can find and follow the patterns to make big profits.

They made a way to capitalize on that concept even further by focusing in on what they call behavioral cycles, which are shorter term than, say, seasonal patterns.

They’ll give recommendations on a broader scope of industries, such as:

This subscription costs an astounding $2,495 a year.

What Are Freedom Checks?

Along with his newsletters, Matt Badiali has also been involved in some presentations, such as:

Out of those, his Freedom Checks presentation has been the one to gain the most attention. You can read my full review of Freedom Checks here, but I’ll quickly summarize.

Basically, the idea is that some American taxpayers are in for a big payday thanks to what he coins “freedom checks.”

But really, it’s just a term that means investing in what’s called a Master Limited Partnership and receiving returns on your investment.

It’s really similar to investing in regular stocks, but you get paid anywhere from 5-10% of what you invested each year.

And the only way to earn any real money from this is by investing hundreds of thousands (or even millions) of dollars into these companies – but he doesn’t exactly explain all that.

In fact, the whole purpose of this presentation is basically just to try and sell you on his Real Wealth Strategist newsletter, which we’ve already covered above.

It’s not a scam as such, because it’s just a sales presentation used to promote a real newsletter services, but there’s a lot of marketing hype going on, which I can’t say I’m a fan of.

Is Banyan Hill a Legitimate Company?

Banyan Hill is a financial publishing company that is one of the fastest growing independent investment advice publishers in the world with over 700,000 daily readers.

It was founded in 1998 as the Sovereign Society, but the name changed to Banyan Hill in 2016.

They’re made up of a group of investment “experts” that each contribute to their own publications.

It’s part of a parent company called The Agora, which was founded in 1978 by a guy named Bill Bonner.

It’s basically a group of people/organizations that produce publications relating to the health, finance, and lifestyle industries.

It’s also extremely similar to another independent financial publishing company called Money Map Press, and you can read a full review about them here.

Ultimately, I don’t believe Matt Badiali is a scammer. He’s a legitimate investing guru who publishes real newsletters that actually give you advice on real things.

But just because he isn’t a fraud doesn’t necessarily mean that you should spend your money on his services or that everything he recommends is going to pay off for you.

Granted, some of his services aren’t very expensive, so the risk really isn’t all that high (even if you gained nothing from his newsletters, you wouldn’t necessarily be out thousands of dollars).

However, given the kind of marketing tactics I’ve seen on some of his presentations, I’ve learned to take some of his claims with a pinch of salt.

The bottom line is that investing is risky and there are no guarantees.

How legitimate someone is doesn’t change that. So even though I think he’s legit, I wouldn’t rush into buying his services or stocks he recommends, thinking it’s a way to get rich quick.

At the end of the day, though, whatever you do is your choice. Hopefully this article helped shed some light on important issues and will help you make a more informed decision.