Americans are making millions online using this simple internet system. You don’t need any technical skills or experience, and it works extremely fast!

At least, that’s what Brian Thompson claims his Home Wealth Business system will do for you. Thankfully, you’re smart enough to know that sounds too good to be true.

Read this review to see what this system is really about…

Home Wealth Business (AKA Internet Wealth Biz) is a new program that seems to be getting a lot of attention.

While I was watching the sales video, I noticed how “Brian Thompson” and the people giving testimonials, continually mentioned Internet Wealth Biz. Which I thought was strange considering the sales page is about a program named Home Wealth Business.

So I did some digging, and it turns out these two programs are one and the same: 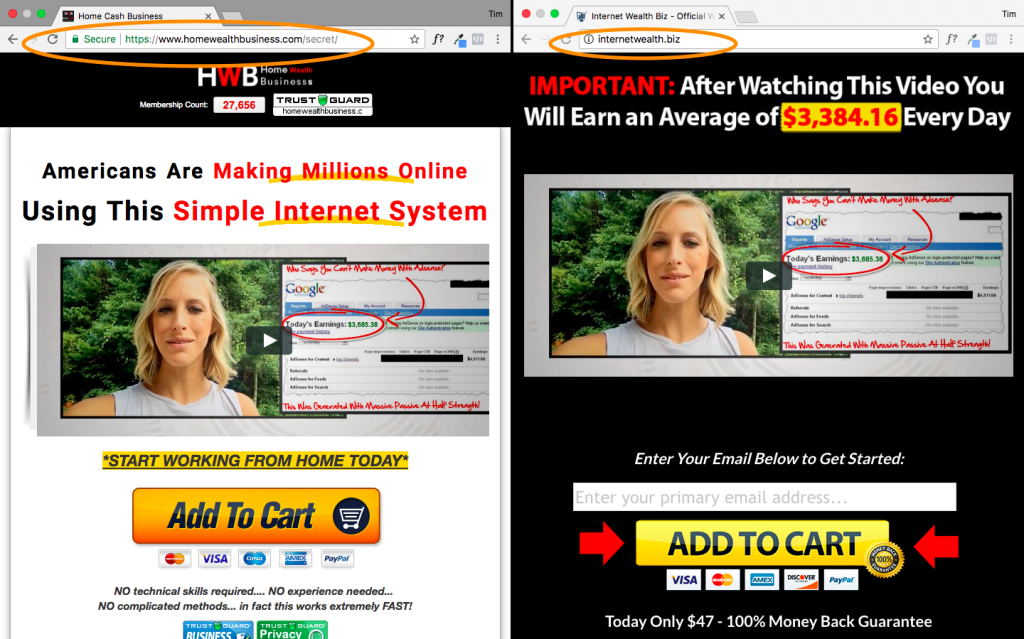 Also, if you look at the browser tab on the top left of the screenshot, you’ll also notice a reference to ‘Home Cash Business’. This is likely another alias this program is running under/ has run under.

This is not necessarily a bad thing, but it is a very common tactic among scams. Scammers do this because, once enough reviews and complaints are out there, they mix it up to keep the scam running.

Anyways, the next thing I did was try to find out if Brian Thompson is who he says he is…

Turns out both the Home Wealth Business website (homewealthbusiness.com) and the Internet Wealth Biz website (internetwealth.biz) show an anonymous domain registration on the who.is database.

Again, not always a bad sign. But when you consider Brian Thompson does not even show you his picture or face during the video, a social profile, and he uses an anonymous domain registration, it’s suspicious at best.

Who’s really running the show? Your guess is as good as mine.

What Is Home Wealth Business?

Home Wealth Business is a simple internet system that allows total newbies to make $3,000 per day or more. Quickly and easily, and on complete autopilot…

At least, that’s how ‘Brian Thompson’ describes it.

In reality, that is an overhyped load of BS that you should not take seriously. This level of hype is very common among scams so it’s a massive red flag in and of itself.

But apparently real people making real money with this system. Like this guy… 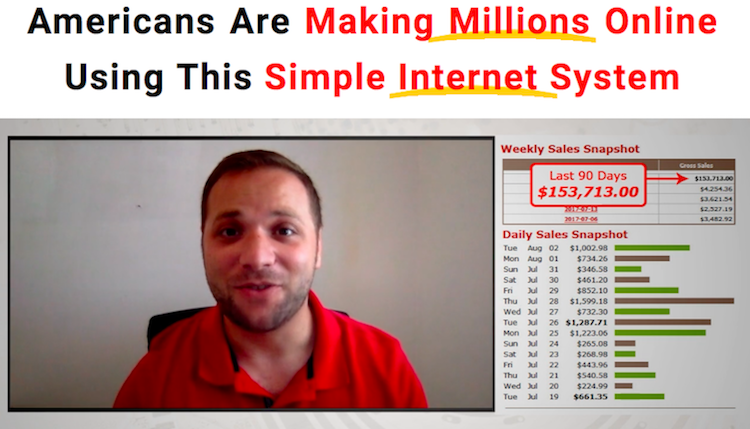 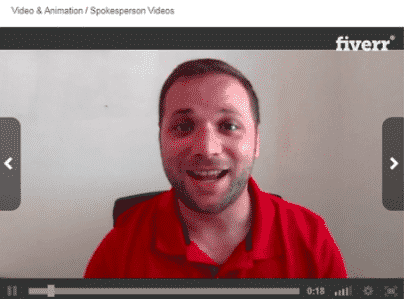 As you can see, the people in the video who claim to make the big bucks, are actors. They are really earning small amounts of money doing fake testimonial videos on Fiverr.

I don’t blame the actors, although this stuff does personally annoy me, but it shoots a gaping hole in Brian’s story in any case.

Ask yourself, if real people were making real money- why hire actors? And why go to the trouble of  creating multiple versions of the same program over and over again?

The truth is, using fake testimonials is only part of the scam tactics used by this program. They also use fake ‘income proof’ that has been used on other programs.

For example, the following people claim to be making over $1,000’s per day with Home Wealth Business…

As you may have guessed by now, I did my homework to verify this.

I managed to find that both of the above income proofs are FAKE. As in, they have been used on other programs that date back as far as 2002 and 2014 respectively. So they are not a result of this system in any way whatsoever… 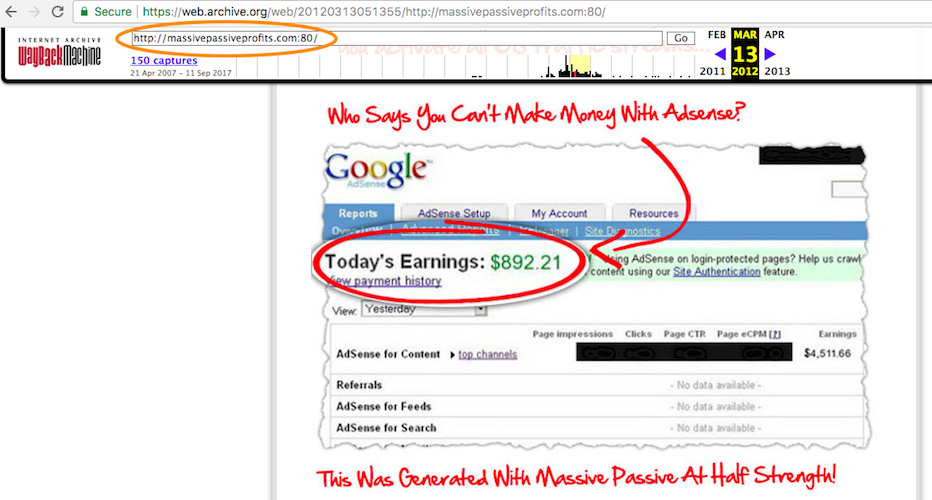 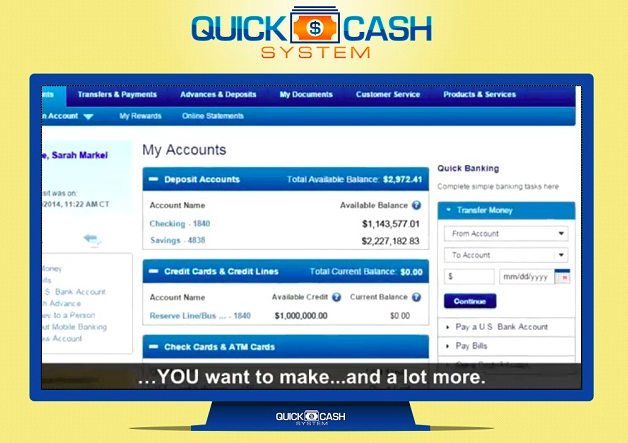 If you look closely, you will see these are exactly the same income screenshots. Same account numbers and amounts in some areas.

All they’ve done is modify the amount where it’s circled in red to suite the Home Wealth Business promo video. My guess is the people in the video, are also paid actors.

I don’t know about you, but the credibility of this program just went out the window for me.

Good question. There’s certainly nothing mentioned on the sales page about how it works. But one thing I noticed while watching the presentation, is how Brian contradicts himself.

He contradicts himself in three ways to be specific…

Firstly, the very first testimonial (the girl shown above) claims to be making $3,685.38 from Google Adsense earnings per day. Which is absolutely insane for that method of earning by the way. I mean, it is possible to make money with Adsense, but making that kind of money is very rare even for experienced online marketers. But my point is, she claims to be making big bucks with Adsense.

Second, later in the video when Brian tells us what a big shot he is, he uses the EXACT same ‘income proof’ as the girl above uses! This was also his ‘proof’ of how much money he makes. And he does the same thing with ALL of the income proof used by all of the people in the testimonials!

Third, he then shoots down Google Adsense as if it’s not a good way to earn at all….

So first of all, he shows you how one of his ‘students’ is crushing it with Adsense. Then he uses that same income proof himself, as if that’s what he made. Then he says Adsense is useless and that this is not what his system is about!

Which is it??? I’m sorry, but this fictional Brian character is absolutely full of it. Plain and simple.

The Verdict- Is Home Wealth Business a Scam?

Given all of the red flags here, I chose not to throw my money away on this rubbish. I’ve seen enough scams to know a scam when I see one.

It is possible you’ll get some basic training if you do buy, but I can say with certainty you are not going to be making the kind of money mentioned in the sales pitch that easily.

It is very possible to make large sums of money online, even large amounts of passive income. That’s what’s so great about the internet, the opportunity is practically limitless.

But it doesn’t start this way. Like any worthwhile endeavour, it takes time and consistent effort to get to a full-time income online. That is a fact.

Chasing ‘shiny objects’ like this will not, and will never, help you build a real online business. They only serve to take your hard earned money, and keep you running around in circles. The only one’s getting ‘rich’ are the gurus behind it.

Whatever you decide to do is up to you, but that’s my take.