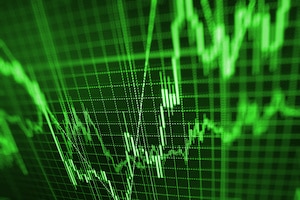 Hello and welcome to my review of Green Zone Fortunes.

I discovered this service through a presentation on the Money and Markets website, where Adam O’Dell was talking about the “greatest investing mega trend in history” that has to do with an “Imperium machine” that could disrupt global industries worth $64 trillion.

The whole “Imperium” thing is a bit of gimmick, but after taking a closer look, I do believe his prediction has merit and that his service, Green Zone Fortunes, is legitimate.

In this review, I’ll show you what I learned to help you decide if it’s right for you.

My first encounter with Adam O’Dell was through a presentation he’s featured in about “Imperium.” Which he says could be “mankind’s next great leap forward” and that there’s one small cap stock at the center of it all.

What exactly is “Imperium”?

Adam O’Dell (more or less) uses the term “Imperium” to describe DNA, the stuff inside our cells that controls things like eye color, skin color and height.

During the presentation, Adam talks about an “Imperium machine,” which we later learn is a DNA Sequencer, a scientific instrument used to automate the DNA sequencing process.

In other words, it reads DNA and records it on a computer.

Adam points out that, before this machine came along, it took 13 years and cost $2.7 billion to sequence the DNA of one person. And that now, thanks to this machine, it only takes one day and $239 to sequence someone’s DNA. Which is actually quite remarkable.

He goes onto say that, broadly, DNA technology is revolutionizing the world we live in. And provides examples of how it’s disrupting medicine, farming, fast food and textiles.

He then points out that, while many companies are going to be jumping on board with this “mega trend” of DNA technology, he knows the one company at the center of it all.

And that one of the main reasons this company is going to dominate the DNA tech space is because it can “process DNA at 10,000 times the speed of the previous technology thanks to its unique “nanowell” technology.”

He says this company has a patent for a special type of “nanowell” microchip and that this could allow it to dominate the competition as the DNA mega trend goes mainstream.

What company is he talking about?

In order to get the full details on the “Imperium” stock Adam O’Dell is recommending, you need to join Green Zone Fortunes service, which gives you access to a special report he created called “The Next Intel: The Microchip Company Powering the 199,000% DNA Mega Trend.”

That said, if you’re not ready to join, but you still want to know which stock he’s recommending, check out my full breakdown of Adam’s “Imperium” prediction. In it, I reveal which company I believe he’s talking about, based on the clues he provides in the presentation.

Either way, there are some other key benefits to O’Dell’s Green Zone Fortunes service, beyond just his Imperium stock picks. So let’s take a closer look at what it’s all about.

What Is Green Zone Fortunes?

Green Zone Fortunes is an investment research service headed up by Adam O’Dell of Money & Markets. The main aim of the service, according to Adam, is to show you how to rapidly grow your net worth through the stock market.

Each month, subscribers receive a new stock recommendation from Adam, which he says is based on what he believes is best poised to make you money.

In other words, you get his number one stock pick each month.

The types of stocks Adam recommends aren’t just to do with biotech. He also recommends opportunities in the finance, energy and precious metals space, among others. Basically anything he thinks has the potential to provide subscribers with solid returns.

On top of this, you also receive access to the model portfolio, which shows you exactly which stocks are currently being recommended by Adam, and how well they’ve performed.

The Green Zone Ratings take into consideration six metrics: Momentum, Size, Volatility, Value, Quality and Growth. And each stock, out of a pool of over 8,000 U.S. stocks, is given a rating from 0-100 based on these metrics.

Adam then shares the best (and worst) each week with subscribers.

Of course, there is no perfect “stock scoring” system, but Adam O’Dell is a qualified Chartered Market Technician (CMT) which he says allows him to go deeper into the markets than 99% of other analysts. He also says that, over the past eight months, 24 of the stocks he’s recommended as part of the Weekly Hotlist have seen triple-digit peak returns.

So it seems to be performing quite well so far.

In any case, once the weekly email is delivered to you, with Adam’s top 10 stocks, you can decide which ones, if any, that you want to take a position in within your own brokerage account.

So, to sum it up… the monthly newsletter, the model portfolio and the Weekly Hotlist are the main highlights of the Green Zone Fortunes service.

These, along with regular updates and alerts about his recommendations to keep you informed, give you everything you need to take advantage of Adam’s stock recommendations.

However, depending on which page you join through, you may also receive some bonus reports and training. In this case, if you join through his “Imperium” presentation, you get access to the following two reports about the DNA technology plays he talked about:

The first report listed above walks you through the full details of the Imperium stock he’s most bullish on. And the second report details three other small cap companies he thinks are worth considering.

At other times Adam has run different promotions for Green Zone Fortunes, where he provided different bonus reports. For example, his “A9 Gold Stocks” presentation where he shared a report about his recommended gold mining companies.

Either way, as of writing, he’s currently offering the two reports shown above.

And, on top of all of this, he’s also offering a free video series called “Momentum Principle Millionaire” where he shares some of the secrets behind his success as an investor.

In it, one of the main things he talks about is the “Momentum Principle” which he says has helped him “crush the market 3-to-1” and “outperform Warren Buffett’s Berkshire Hathaway for nearly a decade.”

He also talks about how the traditional “buy low, sell high” model of investing doesn’t work for the average investor and how his method of “buy high, sell higher” is far superior.

All in all, there are five modules as part of the Momentum Principle Millionaire course that walks you through his core strategy of investing in stocks he thinks are ready to soar, and provides insight into using options and ETFs to potentially increase your returns.

How much does it cost to join?

The cost of joining Green Zone Fortunes is $47 for the first year, and it automatically renews at $79 every year thereafter. Also, Money & Markets, the company behind it, is offering a 365 day money back guarantee which gives you a full year to try it.

Who Is Adam O’Dell?

Adam O’Dell is the man behind the “Imperium” presentation and the Green Zone Fortunes service, along with other services that are available on the Money & Markets website such as Home Run Profits, and 10X Profits.

Prior to becoming the Chief Investment Strategist for Money & Markets, Adam worked as an analyst for a financial publishing company run by Harry Dent, called Dent Research.

Dent Research was acquired by The Agora Companies, a consortium of dozens of individual financial publishing companies that has been around for decades.

Before being dissolved, Dent Research was popular among gold enthusiasts and, according to Crunchbase, was known for forecasting long-term economic trends using the Dent Method, which was established by Harry S. Dent Jr. in the late 1980s.

These days, Adam primarily works with financial publishing company Money & Markets, but his Linkedin profile shows that he’s also the Chief Investment Strategist for Charles Street Research. Although I haven’t been able to find much information about this company, other than the fact that, like Money and Markets, it’s owned by Agora.

Besides Adam’s work in the financial education space, there are really three main things we know about his background that I think are worth mentioning.

The first is that he holds an MBA from the University of Phoenix. The second is that he’s a certified Chartered Market Technician (CMT). And the third is that he was a hedge fund manager prior to getting into financial education.

What’s a CMT? It’s basically a designation that is given to competent technical analysts by a non-profit organization that was founded in 1973 called the CMT Association.

The CMT Association certifies that an individual is competent in the use of technical analysis via the Chartered Market Technician designation.

So Adam is an expert on a trading discipline called technical analysis, and that has been verified by an independent third-party association that has been around for almost five decades.

This is highly relevant to his Green Zone Fortunes service because it is largely grounded in technical analysis, and I personally think it adds credibility since not many people I’ve come across in the financial publishing space have a CMT certification.

Green Zone Fortunes is a research service that provides subscribers with a featured monthly stock pick, weekly top 10 stocks based on Adam’s Green Zone Ratings system, and other resources aimed at helping you make money in the stock market.

Such as the model portfolio, alerts, bonus reports, and video training series.

One of the main standouts with Adam’s approach is that, instead of buying low and selling high as most analysts recommend, he looks for opportunities to buy high and sell higher.

And he identifies these opportunities based on a combination of six main factors including momentum, size, volatility, value, quality and growth. And with the help of his years of experience as a hedge fund manager and investment analyst.

All in all, I think Green Zone Fortunes is a really high value service, especially for $47. So it could be worth checking out, particularly if you want to learn more about Adam’s strategies and see which stocks he’s recommending.

That said, there are risks involved.

So I personally wouldn’t signup expecting that everything Adam recommends is going to make you money, or that his service will help you get rich overnight.

Because that’s not the reality. Overall, his Green Zone Fortunes stock picks seem to have been performing quite well, but as with any service, there are no guarantees.

Either way, thanks for stopping by to check out my review, I hope you found it helpful. And if you’d like to share your experience with this service, feel free to drop a comment below.